The other day during a meeting, someone commented on how easy and freely available is HIV testing in almost all government facilities compared to other investigations such as hemoglobin, urine albumin etc. Someone suggested that even there are places where HIV testing is available, but a sphygmomanometer to measure blood pressure is not available.

I'm afraid that this situation is actually true. 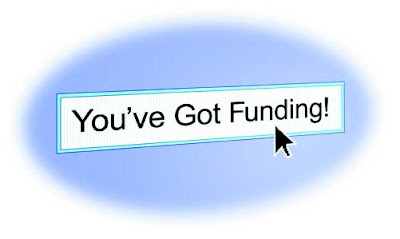 There is quite a lot of funding available for HIV. But, no money for Reproductive and Child Health Care. So, no sphygmomanometers or instruments to measure hemoglobin or urine albumin. Well, I would not need to do explanations on the importance of doing a hemoglobin for a pregnant lady as part of her antenatal care. Or a routine check up of blood pressure.

I'm not touting for HIV testing to be stopped . . . it is a lifeline for babies who are born to mothers who could be diagnosed to be HIV positive. But, we need to rule out anemia for all our women who become pregnant . . . for anemia is supposed to be the commonest indirect cause of maternal mortality in the world.

Talking about maternal mortality . . . it irritates me when the Polio Surveillance officer calls me every Monday to check out if there has been any case of Acute Flaccid Paralysis in the hospital over the week. I'm not irritated because I don't like this guy . . . he's in fact a good friend. I'm irritated because there are young mothers dying while giving birth. We fill up the Institutional Death Reviews and send them . . . On October 18th, it will be one year since we've started the reviews. Till today, I've not been called for any meeting related to any of the deaths.

Leave alone maternal deaths, I've had men, women and children coming with symptoms suggestive of viral hemorrhagic disease most probably dengue . . . nobody turned up until someone accidently put it in the papers. Still the response has been quite muted. There were 3 proved cases of cholera in the hospital. I informed the authorities responsible. No response.

It does not need any brains to explain that nobody is interested in maternal deaths, tuberculosis, malaria or cholera as there is hardly any money in it. There is money in HIV, Polio . . . even cancer. And now, Non-communicable diseases. Because that's what the West is quite concerned of. HIV, polio . . . because they are quite concerned that we will transmit the diseases to them.

Non-communicable diseases - - - so that they can get back all the expenditure spent on research of drugs which have been proved to be either useless or has side-effects. Recently, I had a mail from one of my elderly friends (not a doctor) who told me how he was 'detoxified' from all the medicines he and his wife had been prescribed by his cardiologist et al in India, after he went to the US to be with his son. He was put on a regular regime of exercises and dieting. He is doing good with no problems . .. ...

There is only one solution for this issue. Our friends in the Health Ministry needs to realise the pressing healthcare issues of the country and ensure that funds and personnel are available for research on those issues. We have enough research to show that the metabolic functioning varies in cultures and races. Following research, we need to have systems put in place such that the research can be converted into action. Only then, can the real needs of healthcare in India be addressed . . .

Depending on funds from any organisation abroad would only ensure that public healthcare issues of those regions would only be addressed and we would remain with healthcare issues such as Maternal and Child Health, Tuberculosis, Malaria etc which we have been continuing to grapple with since ages.

Coming to funding . . . there are more issues. Like the issue of adequate infrastructure not available for Primary Health Centres and other public healthcare institutions to start. And worse than that is the all out dependence on Private Medical Colleges to help us with staffing our Health Centres with doctors . . . Well, that is fodder for another post . . .
Posted by Jeevan at 5:37 PM