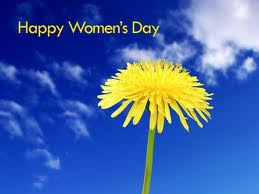 Today is International Women's Day. We had quite a few programs lined up for the week.

Like many of my previous mails, stories of 3 women I saw in the hospital today which epitomises the state of the nation's women.

The first one, A. A 50 year old lady who had come to me about a week back with vague complaints. She attributed everything to her high blood pressure. I thought that there was more than hypertension in the diagnosis. I had asked her relatives to get her admitted for a day or two so that we could observe her.

Her vague complaints varied from feeling fearful, perception of something trying to attack her, someone trying to squeeze her head. She attributed everything to the high blood pressure.

We admitted her and found out that she did not have any major problem with her blood pressures. Today morning, I got her relatives and talked about something more than blood pressure that she could be having.

They agreed to allow me to start psychiatric treatment and counselling. As she was getting discharged, the husband came to me and asked whether he could take her to a psychiatrist. I had already given them the option. Then I suggested one of the psychiatry institutes in any of the nearby cities.

The second patient, B. Diagnosed to have Pulmonary Tuberculosis at NJH 4 years back, we had referred her to her nearest DOTS Centre. She had come to us about a month back. It was a hopeless case. Her lungs were quite eaten off. My colleagues wanted me to take a second look. Below is her Chest X-Ray. 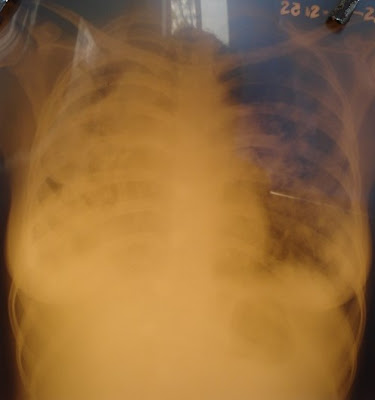 There was nothing we could offer. The history was horrible. She claimed that she never got regular medicines from the DOTS Centre that we referred her. Later, she went to another place from where she took irregular medications. The sequence went on for 4 years before she thought about coming back to us.

Pulmonary tuberculosis continues to be a big killer in our part of the country. And women are no exception.

The third patient, C. We first saw C about 2 months back. She had come with very high blood pressure and seizures. We tried to refer her. But she never went. And she refused to terminate her pregnancy . . .  Rather her husband refused permission. She was discharged with anti-hypertensives . . . and she had improved quite a lot.

Patient C came again . . . she had stopped her medicines. And she had one more episode of seizures. Again the same sequence of events repeated. I felt we could not do anything. To make matters worse, the husband got a discharge against medical advice and left.

And she came yesterday . . . in full fledged HELLP. And anuria . . . This time, it was a bit different. She was accompanied by her father rather than the husband. As my colleague explained the situation, the poor father was aghast. It seems that he was totally in the dark about her daughter's condition.

3 stories . . . 3 instances where the women was left in the lurch one way or the other. The consequences are terrible and something which cannot be fathomed in a civilised society.

However, towards the end of the day, I had another patient . . . Patient D . . . She was in labour for more than 36 hours in one of our neighbouring district headquarters hospital.

The issue here is that the healthcare personnel left the family down.

To make the story short, the baby was obstructed in the birth canal. We had to rush her in for Cesarian. The baby's head looked as if it was put in a tube press. He was lucky to be alive.

However, the parting shot was that of one of the relatives' of patient D . . . 'We're glad that the baby is a boy and not a girl. We feel that our efforts were not wasted'.

Hope my readers would values the women in their life . . . mothers, daughters, sisters and of course their wives . . . I cherish them. May you do the same too . . .
Posted by Jeevan at 2:02 PM