I just returned after a workshop on 'Snake Bite' held at the Christian Medical College, Vellore.

About couple of hours after I got into the NJH campus, there was a lady who was into her fourth pregnancy and at term. She had started to contract from sometime late afternoon.

The family had called a doctor to help out with the delivery.

After the injections, she had very severe pain. However, things did not proceed as they wanted to. And she started to bleed heavily . . .The doctor also referred them to NJH.

And the injections . . . the doctor concerned had given a well written prescription . . . 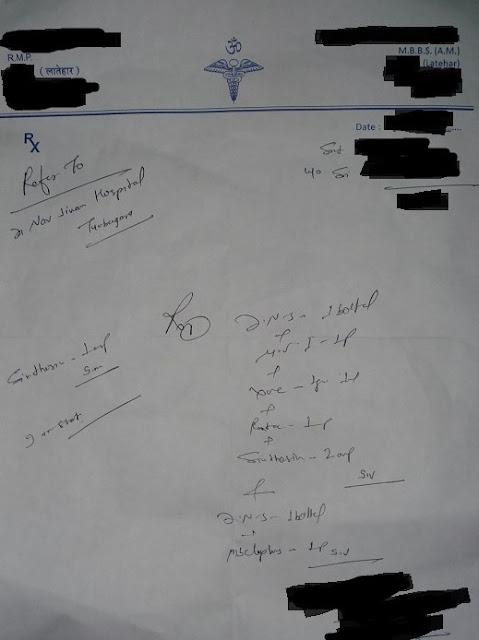 Below are the portions of the prescription blown up . . . 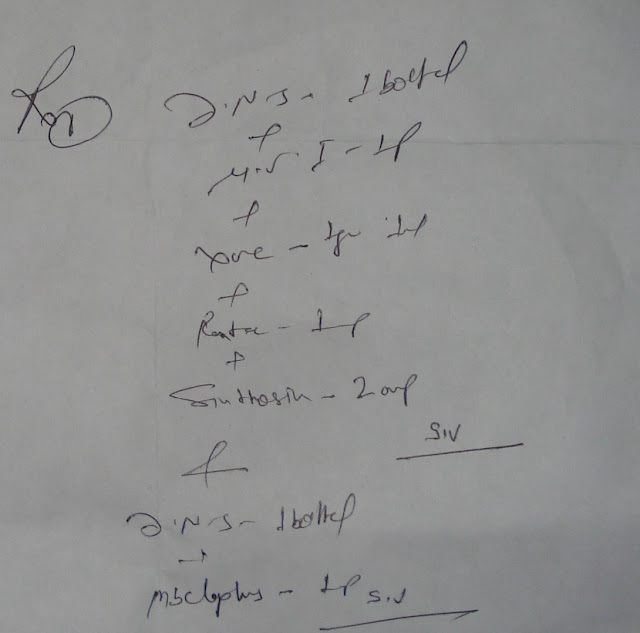 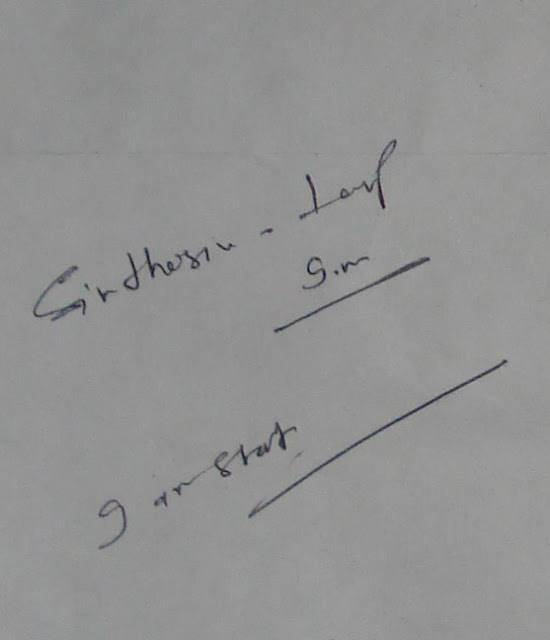 We did an ultrasound . . . The baby was already dead. And the placenta was separated . . . the cause of her bleeding. She has suprapubic tenderness. I wonder if she had ruptured with the amount of overdose of oxytocin she received.

We wait for blood investigations . . . Do pray that we would intervene without much complications . . .

And of course . . . would appreciate comments on the prescription.
Posted by Jeevan at 9:04 PM