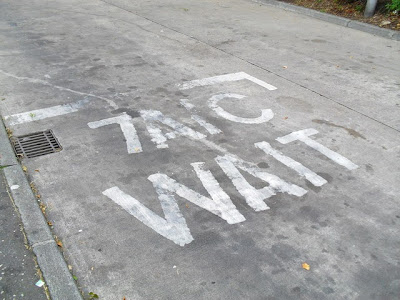 As we wait for rains . . . I’ve been waiting for something else since today early morning.

When I arrived for work today early morning, Titus had news for me about a rupture uterus which has been refusing to go to a higher centre after she arrived her at around 5 am today morning.

This is the second rupture uterus over the last 24 hours.

Dr. Shishir did the first one on Sunday evening.

MD had come sometime early morning on Sunday (28th July). MD had been in labour since 4 am on Saturday (27th July). This was her 3rd pregnancy. By around 10 am on Saturday, the family realised that there was some problem. She was shifted to the nearby PHC.

The doctor at the PHC was smart enough to realise that there was some complication and she was shifted to the nearby district hospital. At the district hospital, it took some time before the family was told that she appears to have a rupture uterus.

They were told that it would be dangerous to be in the district hospital. Therefore, they took refuge in a private hospital for the night.

Very early in the morning, they set out to the Daltonganj. The private hospital they were referred to refused to have anything to do with the patient. It was much beyond their skills. They promptly referred the lady to NJH.

They reached NJH by around 8 am on Sunday. The problem was that she had very high counts and her haemoglobin was just above 7 gm%. It was unthinkable to do anything without blood. We sent the relatives to the nearest blood bank in Daltonganj for 3 pints of blood.

The relatives returned by around 3 pm. Dr. Shishir operated. It was quite tough. She was in severe sepsis and appeared to be going to severe Acute Respiratory Distress Syndrome. She has pulled through the night.

As I write this (Monday night), MD continues to be on oxygen.

The next maternal near miss, the one I mentioned at the beginning of this post, arrived today morning. RD, had a Cesarian section for her previous delivery. Similar to many of our previous rupture uterus following a Cesarian section, the family was ignorant of the fact that she needed an institutional delivery.

She was better off than MD. Her haemoglobin was 9 gm%. Still considering the time she was in labour and the long period of dehydration, we were definite that there was hemoconcentration.

RD had arrived at 5 am today. It was 5 pm by the time the relatives could arrange blood from Daltonganj. The surgery was uneventful. However, her uterus was quite damaged to conceive another baby.

To top the 2 rupture uterus, we had a severe eclampsia sometime around mid-morning. We kept her for normal delivery as she appears to progress well. However, we realised towards the beginning of her second stage of labour that there was a malrotation and she may not deliver normal.

We ended up doing a Cesarian section for her. As it was a second stage Cesarian section, there was lot of problems. The uterus was in atony for quite some time after delivery of the baby. And she lost quite a lot of blood.

Again, we needed blood. We tried to send the relatives to Daltonganj for blood. But, it was too much of an ask. We have to ensure that she does not bleed more during the night.

The availability of blood is quite a crucial aspect in the smooth running of a centre like ours.

Last year, we’ve had about 1500 deliveries. And with quite a large proportion of them accounting for high risk obstetrics, if we need to develop further, we urgently need to think about setting up of a blood bank.

And not to mention the very high chance that all three of them could have ended up as maternal deaths if NJH was not around.

However, the big question remains about committed personnel who would be willing to come all the way to a remote location such as ours . . . and continue the good work and look at possibilities of new avenues of quality care.
Posted by Jeevan at 6:59 PM