We kicked off our Golden Jubilee celebrations by welcoming Dr Mark Kniss and his son, Mr James Kniss to NJH. Dr Mark and James had arrived one day back in Ranchi and were staying with an old friend.

I was blessed to pick up Dr Kniss and Mr James from Ranchi. After a long drive taking almost 4 hours, thanks to inhospitable roads - we reached NJH by around 6:30 pm to be greeted by almost the whole campus including the families. 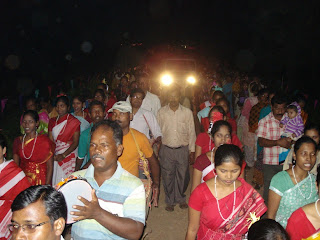 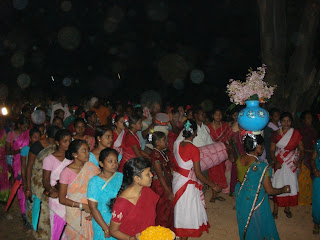 There was traditional dance organised quite well by the nursing school students which escorted the guests to the chapel in the middle of the campus. 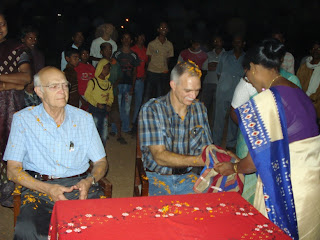 There was the traditional hand-washing ceremony followed by garlanding of the guests.

As soon as we had finished welcoming Dr Kniss and Mr James, Dr Nandamani's vehicle with Dr Ron Hiles arrived. 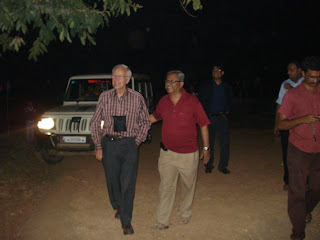 Once everybody was settled, Dr Nandamani was also pushed in to sit along with the guests. 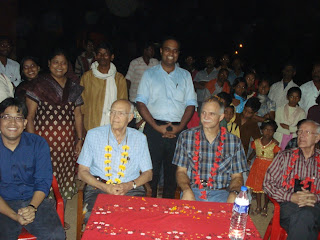 Little did he know that we still remembered that it was his birthday and we ended the programme garlanding him and singing 'Happy Birthday'. 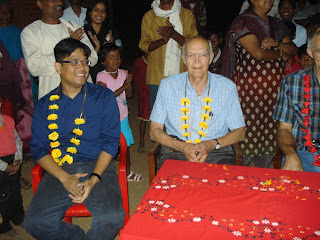