One gram hemoglobin and survived - The Miracle

SD came today afternoon to my office. I thought we had discharged her. She told me that she wanted to go only after she was absolutely sure that she would survive. So, the delay in discharge. She had been with us for almost 4 weeks. 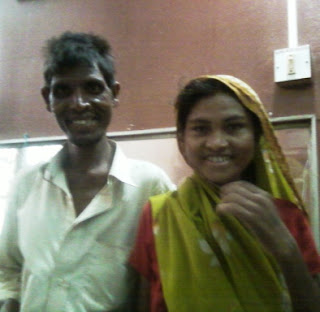 She was quite thankful. Her family had gone through the valley of the shadow of death. She had seen my anxious face as she was wheeled in. She might have even got a glimpse of my gestures while I explained to her husband that there was very little chance of her making through.
For all of us in the hospital, it was a miracle. With hemoglobin of 1 gm%, I’m not sure on how many could have survived. 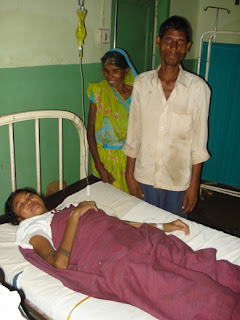 It has been a long haul for the family. They had to face quite a number of hurdles. She received a total of 7 pints of blood during her time in the hospital including the one given by Mr. Dinesh, our maintenance supervisor. In addition, getting poor quality blood from the blood bank in town did not help. 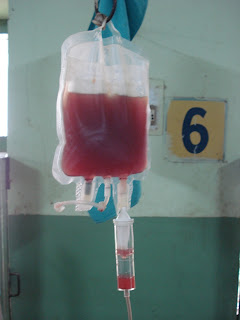 We waited for the hemoglobin to rise before we could attempt anything regarding her placenta accrete. Ultimately, we decided to go ahead with a hysterectomy with a hemoglobin of 3.2 gm%. When we saw the uterus, we were sure that it was a miracle that SD has pulled on so far. It was stinking so bad and the placenta was so well adherent to the uterine wall.
SD has two little boys. She looks forward for a new life with her family and she knows she is extremely blessed to have survived against all odds.
There is a sad part of the story too. The treatment has taken a toll on SD's families' finances. The total hospital bill had come to a whopping 26,000 Indian Rupees. In addition, they must have paid quite a lot of money to get the 7 pints of blood. SD's husband was not going for work. And there were mouths to feed in the house.
When SD's husband came to pay the bill, he told me that he was ready to pay Rs. 5000. I asked him how he managed that much money. He had sold quite a lot of his land. It was heartbreaking to hear that. Another family pulled into selling off valuable assets just for want of poor public healthcare.
Posted by Jeevan at 9:45 PM