Since the last 2 days, we were having or supposedly having a really destructive rodent in our administrative office. Rats have always been an issue in almost all of our homes and hospital.
One of the main job descriptions of Mr. Jorang, our helper in the office is to keep a rat trap at the end of the day. According to Mr. Majerus, our finance person, the menace was quite more in the earlier years and there were days when simultaneously two traps were successfully operated each day.
Today morning, the damage was quite significant. There were files which had been badly damaged. The internet connection was gnawed through. There were quite large scratch marks over the plywood temporary partitions. 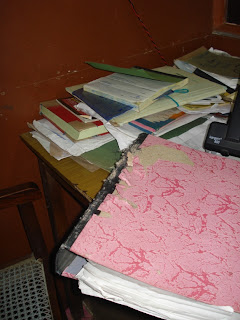 Yesterday evening, Mr. Joram had remembered to keep the trap. The bait was untouched. There was an emergency meeting to decide on the future course of action. There was unanimous agreement that we are dealing with quite a large rat – maybe a bandicoot – ‘the type you find in railway stations’ – that was how someone put it.
The trap was definitely out of question – since it was too small for so large a rat. There was unanimous agreement that we would not try to poison the creature. The reason was that the last time we did it – the unfortunate thing had died in an inaccessible part of our building, because of which the area was sticking like a fish market for almost 4 weeks.
I had some experience in trapping bandicoots when I was a kid. So, I told them that I would take care of the job the following evening once office was over.
New spread around fast about the ‘bandicoot’ which had taken residence in the office and how the Medical Superintendent has taken responsibility of trapping it.
The days are quite busy here with the Golden Jubilee celebrations fast approaching and the busy inpatient. So, it did not take me long to forget about the matter. And the previous night, I had already dealt with a rat who had taken up residence in the hardly used air-conditioning unit of our bedroom. 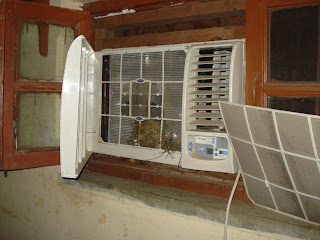 About couple of hours, there was a commotion from the finance section. Majerus happened to observe a furry thing moving in the corner of his table. It had disappeared by then. However, Majerus was certain that the bandicoot was there. So, we had the ‘office team’ moving in fast. Meanwhile, someone spied the movement under the table and found out that it was more a cat like animal than a rat.
Well, there was quite a lot of talk on the probability of it being a wild cat, considering the proximity of a wildlife park wildlife park near the hospital. As the talks were going on, the ‘bandicoot’ ran across the room. It was a cat. Poor thing – probably the fellow was trapped within the office complex and was quite hungry that he started gnawing on whatever he could eat. And the bait was untouched because I don’t know of cats that eat potatoes unless you lace it with fish.
I was reminded of the story we heard in school of an entire village mobilized by a group of boys who spied a head which was looking out of a hole – which they concluded was that of a cobra. The villagers spent almost a day dugging up the soil around the hole and ultimately found out the ‘cobra’ were in fact a fat chameleon.
I ultimately took a decision to leave the cat to find its’ way out rather than we trying to poke it out of wherever it was hiding. I’m not sure whether he has left his new found home, which I’m sure he’ll do in a couple of days.
Lesson learnt - Most of our problems are more imagined than actual.
Posted by Jeevan at 9:33 PM