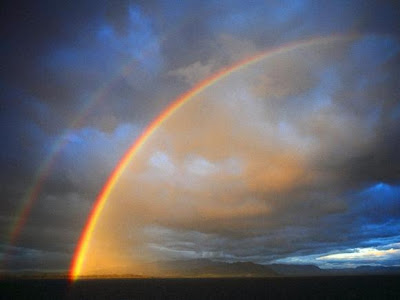 3 days back, we had a lady with rupture uterus. SD1, aged about 25 years, was in her 4th pregnancy. And she had just one live child – a girl aged 6 years.

Her first child was born at home and had died after couple of days – this was 8 years ago. The verbal autopsy was indicative of birth asphyxia.

Second child was born at home – and she was the only child who was alive.

The third child was born at a private clinic, but the child was dead by the time they reached the health centre.

The pains started from the night. 4 am she went to a private clinic in Japla who referred her to the nearest district hospital where she was kept for about 2 hours before she was sent to NJH.

On arrival, our duty doctor, Dr Shishir was sure that the uterus had definitely ruptured and it could be a surgeon’s nightmare. He suspected bladder rupture too.

The surgery was uneventful. SD1 is making a slow recovery.

The saddest part was that SD1 took quite a lot of time going from one centre to the other because of poor roads and transportation.

Then, there was SD2, 32 years old who came with her 8th pregnancy. Her first 4 children were alive. Then she had 3 deliveries where the baby’s head got stuck – and all of them died during birth.

However, they had taken a decision to do a hospital delivery for the next one. They somehow got hold of an ultrasound which confirmed that the present baby was also quite a large one. It was quite surprising that they came straight to NJH without stopping anywhere.

After they reached NJH, for some reason, SD2 had a very bad episode of antepartum hemorrhage. And to post her for Cesarian Section became all the more needed.

The third one happened today. 24 year MD, who had delivered about 3 years at NJH came with a obstructed labour. The family had been trying to deliver her at home since early morning. She was not from very far – maybe about 20 kms away.

MD’s first pregnancy was also obstructed, the baby had died in utero and we had to do a craniotomy to deliver the dead baby. Maybe, the family thought that the first baby would have somehow widened the birth canal – and therefore, the second delivery should not be a major issue.

When MD reached NJH, she was already in a very sorry state. The baby had passed meconium in utero and the heart rate was dipping. I was sure that I could not assure the relatives that this baby would also make it. However, the relatives opted for surgery.

I was glad that we could deliver a healthy baby by Cesarian section, although she had aspirated some meconium.

Later, I found out that all the three ladies had received intramuscular oxytocin injections at some point of time during their labour.

Well, considering the trauma all these 3 ladies had undergone during their lifetime, I wonder what you would make of the story of the young man about whom I plan to write within the next couple of days . . .
Posted by Jeevan at 6:37 PM