I received a letter from the school where my son studies. Below is a scanned copy of the letter. 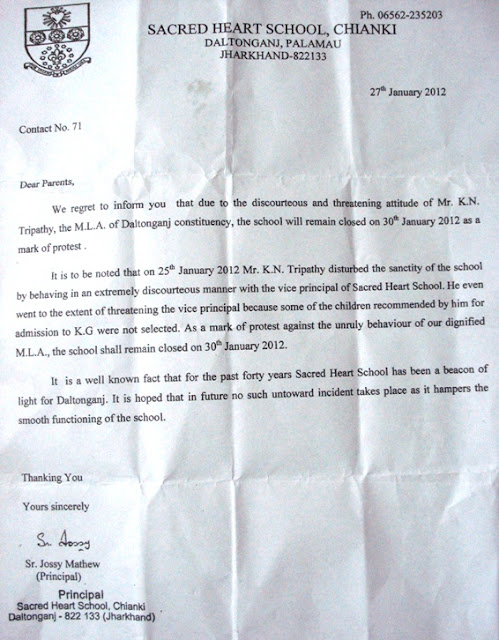 And later, we had newspaper reports of the unfortunate incident. 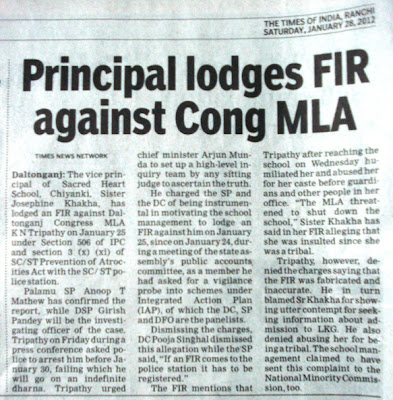 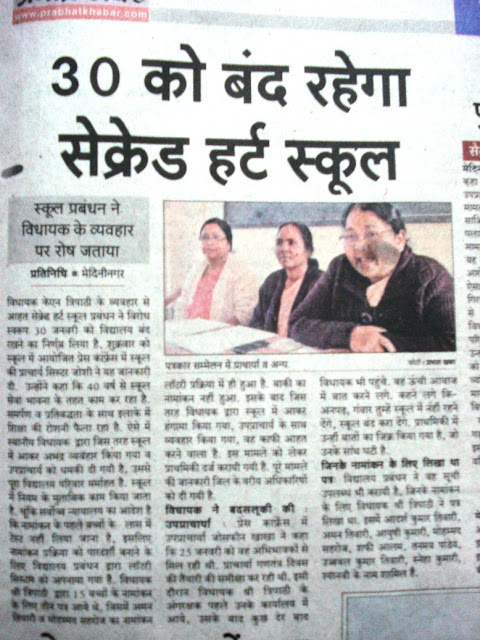 The concerned person has already made a statement about his not having made any statement or put up a performance as alleged.

Now, this is a matter of grave concern. It is not quite uncommon that politicians and public servants turn their ire at private and mission institutions especially in the areas of healthcare and education.

I've also had similar situations when small time government functionaries have come and threatened me with dire consequences if I do not heed to their demands. Most of the time, nothing much has happened.

Once, I remember asking a village elected representative on why they did not attempt to do the same with government facilities. You go to a government healthcare facility and do not find a doctor - they hardly make a wimp and accept it as normal. When there are umpteen number of government schools, almost all these fellows would rather send their children to a convent school or a high end private school rather than demand better facilities in the government run facilities. . .

Is it because, private institutions such as these are soft targets . . .  Well, so much can be written about this incident, which I do not intend to do since the matter is now subjudice.

I shall be much obliged if you could facilitate spreading of news of such sad events in well run institutions like the Sacred Heart School, Daltonganj . . . I had searched the national media for this news item - but I did not find anything . . .  I'm sure that this sort of incident is not appropriate to have happened at behest of a member of the legislative assembly . . .
Posted by Jeevan at 11:31 PM