Between the devil and the deep blue sea . . .

Of late, we've had been having quite a number of events signifying social unrest in the region. Couple of days before I reached NJH after the RGB and the visit to Kerala, we had a high voltage chase of a truck by a group of gun toting ruffians. 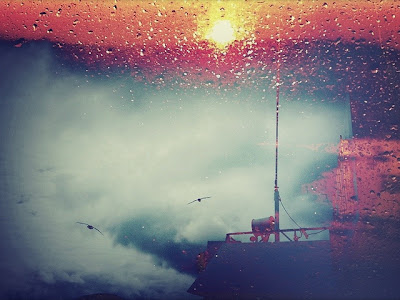 Sometime earlier, I had done a post on how social unrest causes so much of problems in healthcare.

And yesterday was one of those days. . .

I was woken up at around midnight yesterday by our engineer, Dinesh. We've had couple of visitors who were being left back to the Railway Station sometime late in the night. They had encountered a road block put up by possible armed robbers on the way to Daltonganj. Couple of vehicles were already robbed. By God's grace, our guys had a narrow escape. I asked Dinesh to cancel the return trip and come back to hospital. . .

I went off to sleep. The next call was from Dr. Titus, the doctor on duty. It was about 1 AM.

There was a lady who was in her second pregnancy. Her previous delivery had occurred by Cesarian section and the family had taken her to the local Primary Health Centre. And they were attempting to deliver her normally since early morning.

SDD was severely pale. There was no Fetal Heart Sound. On per vaginal examination, she was fully dilated - but the head was high. The liqueur was clear. Ultrasound confirmed that the baby was dead.

Doing a craniotomy was out of question as the head was not fixed. The problem was with the blood. There were 4 male relatives, but none of their blood groups matched with that of the patient.

We told them that it would be good to take the patient to Ranchi.

That was when the discussion turned to the attempted armed robbery on the way from Daltonganj to NJH. The driver was not at all willing to take his vehicle anywhere . . . We tried all the staff we knew for donating blood. All of them had donated blood within the last 2 weeks. . .

There was only one option. . . to do the surgery under a very high risk. Almost a foolish decision, but the only decision we could take. As we were discussing on other possible options, there was one more patient in emergency. . .

Another lady with a previous Cesarian in labour since late afternoon . . . RDD also looked pale. However, the baby was alive. . . She took priority over the previous patient. There was no blood for this patient too. . . They were not willing to take the patient further as the word about armed robbers lurking on the highway had spread quite fast and no driver was ready to take any risks. . .

Titus started off the Cesarian on RDD . . . In no time, he realised that he would need expert help. There were adhesions all around the place. . . Dr Nandamani was fast to come for help. As the surgery got over, Nandamani decided to give one more try to somehow do a craniotomy on SDD . . . However, the relatives denied consent for the craniotomy . . . There was no option, but to go ahead with the Cesarian section . . .

And oh boy . . .weren't we glad that we did the Cesarian. . . It turned out to be a Rupture Uterus. . .the baby was in the peritoneal cavity. It was quite a surprise. . . However, we had put it as one of the possibilities when we got the risk form signed up. . .

Of course, there was mismanagement at the place where SDD was initially managed. However, she would have got better and safer management at a higher centre where blood was available. . .

Again, both SDD and RDD could have ended up as Maternal Deaths if we did not do the surgeries under the limited facilities we have . . . 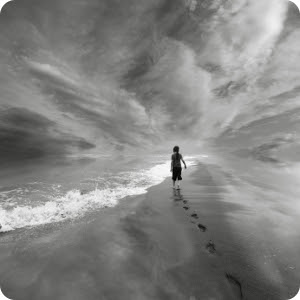 The spectre of violence looms large in the place. With a very poor monsoon, the possibilities of the law and order becoming more worse is a high . . . Please pray that such events signifying social unrest comes down . . .