As the story of the 4 day old baby dying in a hospital has made quite a headline in many of the country's newspapers and other media, I got more ammunition to strengthen my case for building up the public healthcare system of the country. Of course, I've been getting quite a lot of e-mails after my first post on healthcare for the poor. 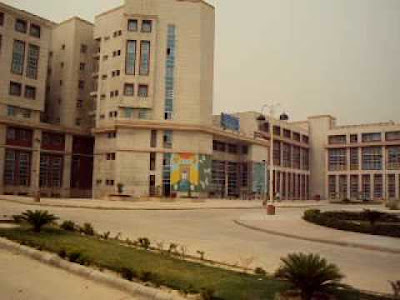 Yesterday, I came across a very good article in 'The Hindu'. I was flabbergasted to know that deliberations within the Planning Commission was leaning towards state funded insurance rather than efforts to rebuild public healthcare systems.

It seems as if 'Corporate Healthcare' is well poised to hijack public healthcare. It is not without everybody's knowledge that private healthcare is always associated with profits. Therefore, the motives would remain profit making rather than public good.

I remember going to a investment advisory meeting quite some time back. I was seriously thinking about going into share market, along side my medical studies. It was the first meeting of such a nature which I was attending. The guy on the podium was all dressed up. He communicated quite well . . .

One part of the monologue went something like this . . . 'You know where you should invest if you don't have much money to play around with.' Hand went up . . . Someone told 'cement'. Others 'cars'. Someone else 'infrastructure'. Our friend gleefully negated all of them. 'There are two areas in which you can always be assured of profits - - petroleum and healthcare especially pharmaceuticals. The 2 Ps'. 'Of the 2 if you have to chose one, it is always pharmaceuticals', he blabbered on. I was stunned.

So, the corporate world's involvement in healthcare is for profits. You know, how they can advertise one event of philanthropy and ensure that they have everybody's goodwill. I beg our guys in Planning Commission not to fall for the gimmicks being shown by private healthcare providers. They talk well . . . smoothly . . . and before long you'll be the main source of their profits.

With a poor global economy, healthcare is something the corporates are eyeing. They wait in the riverbanks like vultures eyeing a feast at the expense of the common man who has been let down by public healthcare of the country.

At the end, what do we have to do . . . It goes without doubt that the government cannot shy away from the responsibility of ensuring public healthcare in a country like India. It is the worst crime against it's own citizens to outsource healthcare to private healthcare providers.

Would the government ever think about outsourcing the security of country's borders to private security firms . . . Or call private armies to ensure law and order. Diseases occur due to as well as result in a breach in the health of a citizen. Outsourcing the business of proper healthcare to a motley group of 'cash rich but still hungry' healthcare businessmen is not we should be even discussing about.

Of course, I'm sure that with a 1.2 billion and booming population, no private healthcare institute worth its salt would need to close down. I recently heard about small private hospitals in Kerala becoming non-viable. Of course, that's how it should be. Public healthcare should have prominence and should be the first choice for point of healthcare for any citizen of the country.

I know that there is much more to be put in . . .which I would do in due course of time. I've enough cases which we got over the last 2 days . . .which all resulted because of a poor public healthcare system.

Please share this post to build awareness about the need for strengthening public healthcare.
Posted by Jeevan at 5:26 PM