Today morning there was a news-item about a 5 day old baby who died because her parents could not afford to pay a 200 INR advance to keep her in an incubator. I'm surprised that this has become front page news. . . because, this is quite a common story in many of our towns and villages and even cities. 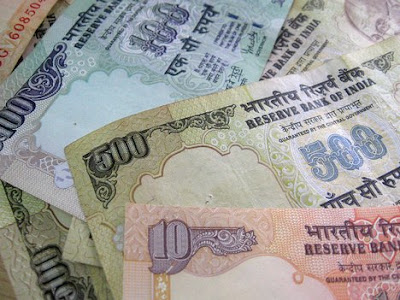 I remember the first Cesarian I did independently at NJH. She was expecting her first baby. . . The family had been trying to deliver her at home. And after almost a day, they decided that they needed expert help. One examination it was quite obvious - her baby was too big to pass through the birth canal. And the baby was becoming sick. . .

Quite enthusiastic, I told the husband about the need for a big operation to save the baby and the mother. He looked quite worried, which I naturally expected. I requested that he give permission fast so that we can operate soon. He told me he needs to think about it. I was shocked. . .what does he have to think. He was off in a huff.

After about 10 minutes he was back. He wanted to take her elsewhere for a second opinion. I tried tor reason to him about the futility of such a step. The next place where they did a decent Cesarian was 80 miles away.

His reasoning. . . The cost of doing a Cesarian Section is about 7000 INR. To obtain 7000 INR at such a short notice, he would need to sell his 2 oxen. With the rains coming soon, the rest of his family would suffer if he sells off the only 2 cattle heads he had. So he concluded that it would be better for him to let his wife die and then plan to marry anew next year. Thereby, he would ensure that the rest of the family do not suffer.

Fast forward today. . . Today, Thursday is a half working day at NJH. As I was coming out of hospital at around 2:00 pm, I saw a mother and her baby looking quite forlorn . . . Along with them was a familiar face of one of our DOTS Provider who helped us with tuberculosis work.

She told me that the baby was sick and was not feeding since morning. I examined the baby. The baby was toxic and really sick. I took the baby inside and requested Titus to get the baby admitted and started off on antibiotics.

About 10 minutes later, I got a call from Acute Care that someone tried to slap one of the nurses. I reached the ACU to find that the culprit was none other than the baby's father. Totally drunk, he was shouting at me that I should have asked if they had any money before admitting the baby. I told him him that we never asked anybody for money before admitting a patient.

He went on blabbering on how we squeezed patients out of whatever they had. I was the one who was responsible.

It was unfortunate. He had already taken the mother and the baby out. A small crowd had gathered. There were a couple of relatives of other patients who wanted me to give permission to give the guy a sound thrashing.

But, there was no point . . .The fellow was stinking drunk.

I just pray that the baby would heal on her own.

The fact that many of our citizens cannot afford basic healthcare in the absence of a properly run healthcare system should be a major concern for each one of us. . . Otherwise, stories such such that of a baby dying for want of an incubator will continue to remain common happenings, most of which nobody will ever hear . . .

However, with the massive increase in costs of healthcare, there is another angle to all this. . . Advances in healthcare has come to such a point where it is possible to prolong life in many cases if you have the necessary finances . . .

2 examples with which I could make myself clear . . .

A friend of mine whose wife has a very bad cancer. They are a middle class family. The doctor told them about this medicine, herceptin which is really expensive . . . He asked me about it. I checked it out and found out that it will just prolong life. But the costs involved was huge. This guy went all out and got quite a lot of the money. He needed about 4 million INR. He managed to get about 2 million INR and therefore she could only be partially treated.

He is tired of knocking at doors for help. He's given up. His wife is in a vegetative state. She could die any day. He wonders if it was worth all the effort to raise 2 million INR just to give her a partial treatment.

As I discussed the case of the baby dying because of a lack of incubator, I'm sure the costs are not going to be limited to 200 INR. Even if it is public healthcare, the indirect costs of neonatal care are huge. I wonder if there is going to be a change in the outcome even after all the attention it has garnered.

The second example - - - another of my friend's father - - - again from a lower middle class family. He had a myocardial infarction about an year back. The doctors advised angiogram. . . The elderly gentleman would not have any of it. A month back, he suffered from another myocardial infarction. The doctors were hardly bothered . . . They retorted - 'we had asked him to get an angio last year, but he hardly bothered'. They treated him. . .but it was a losing battle. He passed away couple of days later.

When I talked with my friend, he told that his father was quite concerned about the family finances and therefore did not go for a angiogram. Even after an angiogram, he would not have been happy to shell out the amount needed for further treatment, be it stenting or bypass surgery.

You can judge for yourselves. . .

But, I'm of the opinion that unless there is a robust public healthcare system in place, there is no place for such sensational news. . .
Posted by Jeevan at 6:15 PM