The Occult . . . The Paradoxes of Indian Healthcare - Part 3

India has always been associated with the occult. And you may be surprised that the myriad religions, the thousands of gods and goddesses Indian culture is associated with has nothing to do with this. Irrespective of religion, caste, economic status . . . people depend on the occult for healthcare . . . 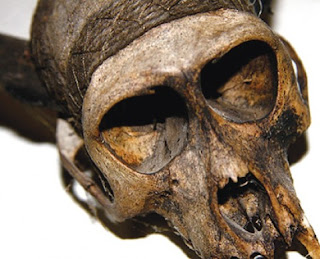 Today, I came across 3 patients who tried it out . . . and it's usually the case for the conditions involved.

The first was a young boy who had an acute episode of seizures in the morning. The relatives brought him straightaway to hospital. After the seizures was controlled, the brought in one of the local exponents of black magic to throw out the evil spirit from the boy. Our staff had quite a tough time dealing with the relatives as they were quite well off.

The second patient was not that lucky. Bitten by a cobra early morning today, the family had been subjecting him to all mumble jumble till about afternoon when they realised that he may do better in a hospital. He arrived at around 5 pm at NJH. There was no respiratory effort. There was a faint heartbeat. From our previous experiences with cobra bites, Titus commenced CPCR . . . then he realised that it may not of any use. The pupils were already dilated.

The third patient was also a snake bite victim, a young girl with viper bite, who came in more than a day after the bite with a very bad compartment syndrome. Dr Nandamani did a fasciotomy only to find out that one part of the leg was already badly gangrenous. 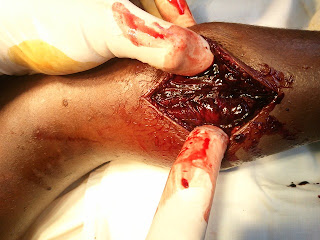 We were sure that the chances of her going into a below knee amputation was quite high. We referred the girl.

Unfortunately, the parents were too poor to take the girl elsewhere. However, I did not want to manage a potential high risk surgical condition without the surgeon around. They promised to take the patient elsewhere next day. Sometime later that evening, I found out there was a commotion in the Acute Care where the girl was admitted.

It seemed that the family had arranged for a 'witch-doctor' to come and do sorcery on her. I chased them out. Later, I found out that couple of my staff were also involved in arranging the witch-doctor. I called them and asked for an explanation. However, they denied any involvement. I did not have any evidence. However, later, I found out that they had initiated a discussion with few other staff on the reasons why I should have allowed them to do the sorcery. 'The doctors are anyway referring, so what is the big thing about the relatives trying out jaad-phook (black magic) for their daughter'. . . that was the justification.

It was shocking . . . unfortunate, but true.

The worst aspect of the use of occult is that  most of the diseases where the populace invokes the witch-doctors are clinical conditions which merit immediate medical attention . . . SNAKE BITES, SEIZURES, ECLAMPSIA . . .the major ones we're concerned about. One more disease for which the witch-doctor is consulted is HEPATITIS. However, since it is not an acute condition, we do not hear much about it.

The amount of money that these witch-doctors make is enormous.

Considering that modern medical facilities are very much far away in terms of accessibility, availability and affordability, it would take quite a lot of effort to turn away the common man from these money mongers. Talking about money mongers, the sadder aspect is that modern clinical practice is also very much in danger of reducing it's practitioners to money mongers . . . which is not much different from our 'witch-doctors'. More about that in my next post on the Paradoxes of Indian Healthcare . . .
Posted by Jeevan at 8:20 PM