Over the last couple of weeks we've had reports of a new form of tuberculosis which the government refuted within a surprisingly short interval.

Today morning, in OPD, I had three new patients who were all partially treated tuberculosis. All very similar histories which found common ground in an article I read recently. I'm not very sure on whether their sputums will yield acid fast bacilli as almost all of them had been on some form of tuberculosis treatment. And none of them have had any trace of government medicines in them . . .

Well, tuberculosis is not an uncommon diagnosis in NJH. In fact, we are a tuberculosis unit which cater to one third of the district. Today and tomorrow, our Medical Officer is on a training course of diagnosis and management of Multidrug Resistant Tuberculosis.

The patient I wanted to tell about is TT, a 17 year old young man admitted into our ward. We diagnosed TT to have miliary tuberculosis on the basis of his symptoms and Chest X-Ray. But TT was already on treatment for Tuberculosis from a private practitioner. He was put on a sub-optimal dosage of a combination therapy of Rifampicin, Ethambutol and Isoniazid. No Pyrazinamide . . . 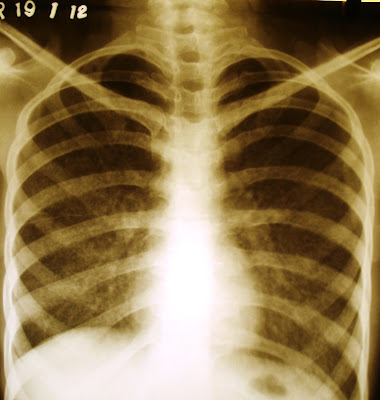 But, what interested me more was the number of other medicines which TT was on. I've tried to take a photograph of all the medicines put together. 4 of the medicines are multivitamins which totally cost about 30 rupees per day. Then, there is a cough syrup. One strip is Diethylcarbamazine . . . and then he has been on regular daily intravenous injection of Amoxyciline and clavulanic acid as well as on a combination of oral Ampicillin and Cloxacillin. 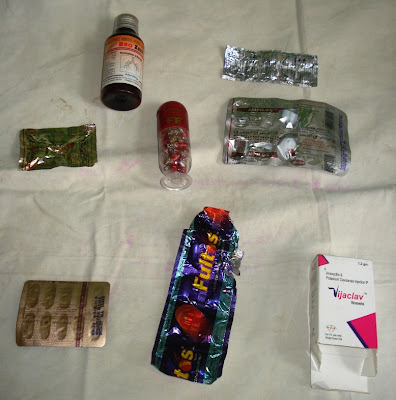 It is unfortunate. There has much written on unethical and spurious medical prescriptions written by quite a lot of our fellow practitioners. It is not uncommon to see even well qualified and well known doctors write so lengthy prescriptions. Of course, there is a lot of money to be made. But, the ultimate question is about the cost poor people like TT or the other 3 patients whom I had seen in outpatient today pay? ? ?