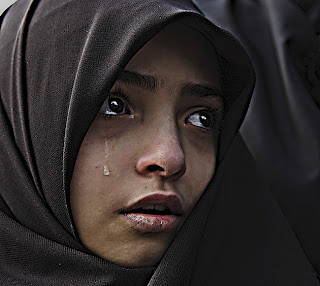 Sometime around 12 in the afternoon, we declared AD clinically dead. She had been struggling after the surgery. She could hardly breathe on her own and she was hooked onto the ventilator.

We had trouble maintaining her blood pressure and was on ionotropes.

Per-operatively, the abdomen was a mess. According to Nandamani and Titus who did the surgery, the uterus was like 'putrefactive minced meat' and the peritoneal was all stinking with dilated bowel loops. There was no way the uterus could be removed as the uterine vault was all necrosed and flimsy. They closed the uterine rent and came out after putting in couple of drains.

The nasogastric tube was draining all stinking coffee ground material.

As I sat with the AD's husband to fill up the Facility Based Maternity Death Review, it was very obvious that he had hardly been caring for his wife. Married for 10 years, the only thing he had to say was how burdensome his wife was for all these years. The tone was bordering on how good it was that she died . . .

It did not need much questioning to realise that he hardly bothered how his wife fared. The first baby born by a Cesarian section had died at birth as the labour pains were happening at home and he took her late to hospital. The next delivery he tried at home and when nothing much happened, he took her to hospital, where she had a normal delivery. The third delivery was again tried at home.

That was his excuse for trying the fourth one at home . . . there was some problem. So, he took her to hospital. Delivered in hospital where nobody picked up the rupture uterus. They brought her here as she was not feeling good after delivery. Then, we asked for blood. I found out that the husband's blood group was same as that of AD . . . but, he was hardly bothered about donating blood.

He took her back to the place where she delivered rather than to Ranchi . . . They transfused 3 pints of blood without doing any surgery. . . It was already 4 days after the rupture uterus when she came here a second time. The family told us that they were not willing to take her anywhere else. . . If she dies, she dies . . .

Talking about girls, over the last week, we've had enough stories of violence related to the female gender. The one which happened in Bangalore was very very sad . . . The second incident which happened near Kolkotta crossed all limits of cruelty one can witness . . .

And after I had penned this post, yesterday night, I had this unfortunate lady being wheeled into emergency. She was beaten up by her alcoholic husband . . .Bones in both her hands have been crushed into multiple pieces with some foreign body lodged in one of the hands . . . 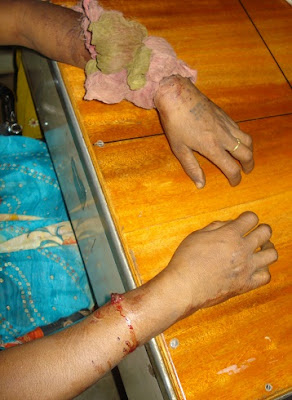 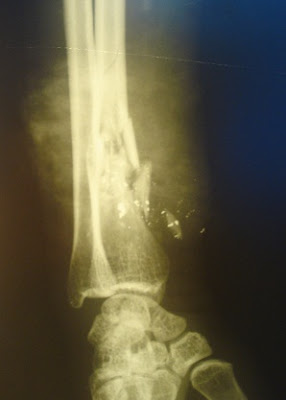 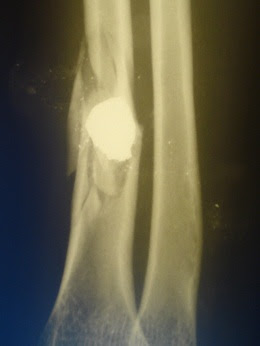 The unnerving aspect of all such incidents is that one gets the feeling that such incidents are on the rise . . . which is not a good sign for the society. . . When I look at Maternal Health care, I'm quite convinced that things would not improve until we give more respect and value to the women and girl children around us . . .
Posted by Jeevan at 2:44 PM