Yesterday was World Malaria Day. It was not uncommon to see quite a many programs and rallies all over the world including India. . . Quite a lot of us are being made to convince that malaria is slowly on its way out. I find it difficult to comprehend numbers. In India, we've had much of a controversy last year over mortality statistics which were arrived at by researchers and the government. As usual, the government claims a much lesser mortality than the research group. 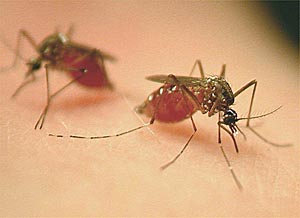 Well, over the last week, we've had malaria cases coming back. I thought of jotting down few observations on malaria over my stint at NJH.

1. Malaria continues to be a major clinical issue in rural areas of Jharkhand.

2. The major challenge is the possibility of evolution of drug resistance due to the rampant misuse of anti-malarial drugs. There are multiple issues here. Let me illustrate.

Over the last week, we had about 10 patients who presented with symptoms suggestive of malaria. Only 2 of them tested smear positive for malaria. All the rest were negative by smear. 3 of them (all smear negative) had low platelet counts. Two of them died. 8 of the patients who had tested negative for malaria smear had a history of at least one contact with another health provider who had invariably given them anti-malarial medicine - all of them had received oral Artesunate and few even intravenous Artemesin derivative. And only couple of days treatment.

As I had mentioned in previous posts, the question of a proper diagnosis looms over the conclusion that malaria is the only major killer. I'm sure that we are dealing with other infections like dengue, rickettsia, Japanese encephalitis etc.

The partial treatment of all fevers with anti-malarials makes the issue only worse.

Both our patients who tested positive for malaria smear had come straight-away to NJH. And they've gone home fine without any complications.

Well, we've reports coming in that malaria continues to be a scourge in Jharkhand and Orissa. It was interesting to note the comment in the last part of the above article - 'The only solace, maintained state health department officials in Jharkhand, was that there has been no malaria deaths so far in the year.'

How will there be malarial deaths, when we have so much of partially treated malaria who will have no laboratory evidence of malaria when they come terminally ill?

It is sad. Almost all of our public health system appears to live in a 'Fool's Paradise'. Someday, the situation is going to get the better of us. What concerns me is the emergence of non-communicable diseases in a big way in places like ours. Within 10 years, if we do not take control of our problems with malaria and tuberculosis in addition to the maternal and child health issues, we could be neck deep in trouble where the development of the country could be in doldrums because of the abysmal healthcare situation of the country.

1. A robust Disease Surveillance Programme where each case of fever death is accounted for.

2. Full fledged research into causes of fevers in remote areas of the Empowered Action Group states (the old BIMARU states) 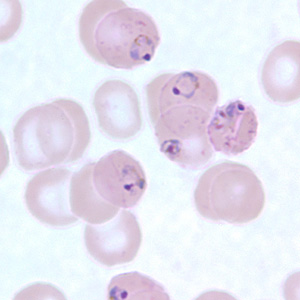