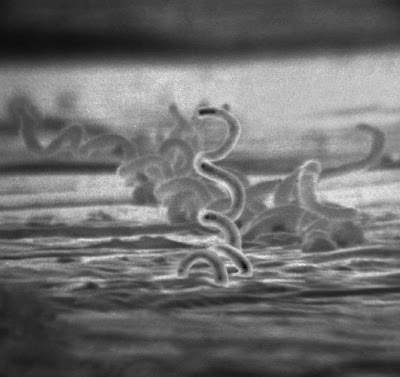 Syphilis . . .The very mention of the term used to send shudders in patients and was the darling of medicine professors for quite a long time. It was described as 'the great imitator' by Sir William Osler. One of my professors used to tell that in the olden times, a post-graduate student of Internal Medicine was assessed by how much he knows about syphilis and it seems that the same status is presently enjoyed by HIV-AIDS.
Well, why I started a post of Syphilis? Over the last week, I had two families diagnosed as having the TPHA test positive. None of the members of the family had any symptom.
Here are their stories . . . I know there may be quite a lot you may want to comment on them, which I would like to hear . . .
The first patient was MS, on whom we had to do a Cesarian Section after a complicated trial of labour elsewhere. Before the Cesarian section, MS was diagnosed to have a low hemoglobin and we asked her relatives to arrange blood. The husband had her same blood group and he was ready to arrange blood. Well, on screening of the donor we found out that he is TPHA positive. As a rule, we do not do TPHA on patients who come at term. We do them only for those who come in the first trimester.
Well, by that time the Cesarian was over. We tested the mother and the baby. Both were positive. They very well understood when we counselled them about the disease.
When I rejoined NJH in June 2010, I had done a re-look at the blood tests we do. Since, almost all of our patients are poor, we were trying to cut down on the tests. We did not find any TPHA positives in any patient for almost 2 years. There were few HBsAg positives and no HIV positives among the antenatal patients. I decided to drop doing TPHA, the main reason being that quacks were quite prompt in prescribing antibiotics and therefore I came to conclusion that this must be the reason that there was no TPHA positive for so long a time.
However, the protocol was do TPHA in the first and second trimester for all ante-natal patients and drop it for those who come in late third trimester or directly to labour room.
I was contemplating on whether I should bring back the policy of doing TPHA for all pregnant patients when the next patient arrived.
One of our antenatal patients who landed up in labour room was found to have a reactive TPHA which was missed in the antenatal period. There was nothing much we could do now other than to re-check TPHA. Unfortunately, the TPHA turned out positive and after the delivery the baby also was reactive.
I called the father, a man in the armed police force. The fellow looked quite disturbed and a bit drunk. I told him about the TPHA reactive status of his wife and child. He seemed to be hardly bothered. The only thing he wanted was to go home ASAP. I told him that he also needed to get tested. He would have nothing of it. He told me that he had issues to attend to at home and therefore needed to get discharged immediately.
We tried our best. Ultimately, armed with consent forms on what all will happen and accepting full responsibility if something untoward happens in the future, he was off with his wife and child. 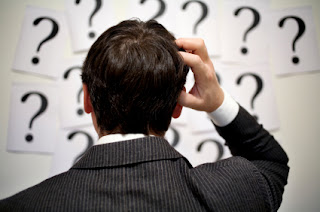 Questions I have in my mind . . .
1. TPHA is expensive. Should I do it for all pregnant patients irrespective of when they come - especially when they reach Labour Room straightaway after Antenatal Care elsewhere. Most of the places, VDRL or TPHA is not commonly done.
2. When I have patients like the latter, what do you do? They are high risk to the community.
3. Could we have donated blood from the TPHA positive husband to the TPHA positive wife? We had a bit of difficulty getting blood after the husband was refused as a donor. Crossed my brain only now . . . it could have been done.
Posted by Jeevan at 10:23 PM