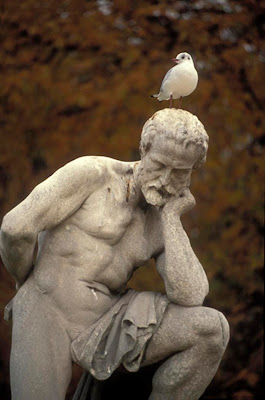 Today early morning, we had a handful of very sick patients coming in together. The first one was a very sick eclampsia patient about whom I shall narrate in one of my later blogs. Then, there was a young man who came in with most probably viral hemorrhagic fever.

But, this post is about a father and his 2 sons, who was brought to emergency at around 8 am. They were conscious, but very confused and could not narrate anything about what had happened.

One son had a bad contusion of over his right arm. The father had a contusion over the right shoulder.

The history . . . The family had been watching the India-Pakistan T20 cricket match yesterday night because of which they had slept late. The father-sons trio had slept in a separate room in the house. In the morning, when the mother noticed that the trio was not waking up, she alerted the neighbourhood who came and broke down the door to the room.

Another diagnosis put forward for couple of relatives was an unknown poisoning.

I was quite tired after a 48 hour duty. I told the staff to give them a stomach wash and ensure that the vitals are stable.

I went in to do an LSCS for the eclampsia patient. Meanwhile, the surgeon had a look at the three. He got hold of a history which I could not.

They had slept in a room with no ventilation with a bucket full of burning coal . . . which is common practice in villages during winter.

That clinched the diagnosis . . . Carbon monoxide poisoning. There was not much we had to do now that all the three were conscious.

I think, they were lucky to have rolled out of bed to the floor where the more dense oxygen would have helped them to remain alive. If they had remained on their cots, most probably all three of them may have died.

Without sophisticated blood tests, I think this is the best diagnosis we could arrive at.