Things have become a bit relaxed in NJH. And it should remain same for the rest of the month. If it becomes busy, it could become quite taxing on us. From this week, we only have 3 full time doctors for the entire hospital. With a average busy labour room and full Acute Care Unit, it can be taxing on us. 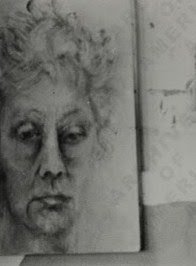 Couple of days back (2nd Dec, 2012), we had another example of how neglected a lady can be in this part of the country. BD, a 30 year old mother of four, at term pregnancy came to us late into the night with a hand prolapse. The history was unbelievable.

BD was having labour pains since late evening of 30th November, 2012. Since all of her deliveries were conducted at home, she thought that this would also happen without much hassles. Well, it did not turn out that way.

The pains continued throughout the night and it seemed to have subsided by 1st December. But, then the relatives thought that she was having a distension of the abdomen. Still, they thought to wait and watch . . . masterly inactivity.

However, early morning of 2nd December, she again started to have pains. The relatives decided it was time that a doctor takes a look at her. She was brought to the nearest District Hospital at around noon on the 2nd December. The staff (I'm not sure if a doctor was involved in the management) assured that she should deliver without much problem, although they could not localise the Fetal Heart.

Sometime around 3 pm, things started to go awry. The baby's hand popped out.

The staff immediately bundled her up and sent her to the nearest private hospital. On reaching this private hospital, they were told that this cannot be managed there and would need to be taken to NJH.

They spent almost 4 hours searching for a vehicle to take her to NJH.

On reaching NJH, there was more problems. The baby looked quite macerated. The hemoglobin was 6 gm%. And the relatives were totally exhausted to take her any further.

We agreed to operate if they could arrange at least 3 pints of blood. They arranged that . . . after more than 12 hours. We took a decision not to take her for surgery until we have blood.

In between, BD delivered . . . without any intervention. But, it was obvious . . . she had already ruptured her uterus.

Dr Shishir took her up late in the evening of 3rd December. It was a mess inside the peritoneal cavity. There was foul smelling ascitic fluid . . . peritonitis. The uterus was ruptured in the left side and the rupture extended to the cervix. There was necrosis of the vault of the pelvis.

The surgery took almost 2 hours. We had to do a sub-total hysterectomy.

If we have similar patients over the next month, it would really stretch our limits.

There was no need for BD to have ended up in this situation. It is a crime. But, who's listening . . .

Before I sign off, there was this article in the New England Journal of Medicine which sort of supports the post on Critical Care. Hope experts in medical education of our country will take note. With the experience we had in the Neuro Intensive Care Unit of our nearest Medical College, we have a long way to go.
Posted by Jeevan at 6:34 PM