Experience in a Medical College . . .

Today, there was quite a well written article in The Hindu about the plight of district hospitals of the country. 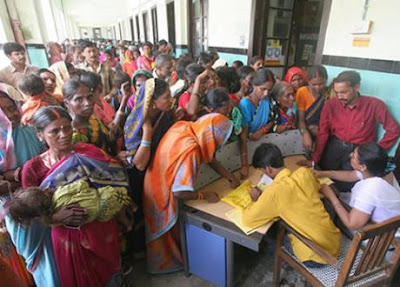 Couple of days back, one our staff had first hand experience about the state of affairs in our nearest Medical College Hospital. You can make a guess of the institution if you are a regular reader of my blogs.

At around late morning, we had a young boy brought to the emergency at NJH with a very obvious head injury. The vehicle he was travelling in - an overcrowded jeep had overturned. And he was on the side to which the vehicle overturned. The people who brought him in told me that he was pulled out from under the vehicle.

He had a saturation of 50% and his pulse was 50 per minute. We got the boy intubated immediately and started to mechanically bag him. There was no respiratory effort. His pupils were starting to get dilated. But, his heart was going on strong.

After quite a lot of deliberations, it was finally decided that he will be somehow taken to a higher centre. By this time, there was quite a crowd who had gathered, including all the local leaders from various levels. As always, everybody wanted to show how much they cared. They told us to do the best. One of the leaders requested me to send somebody along with the boy.

I was not initially very much forthcoming. However, I asked for volunteers. And one of our staff volunteered.

I was glad I sent him. Because now, I know what to tell relatives of such patients on what to expect in a government medical college in this region. Of course, there are corporate institutions like the Apollo group of hospitals in the same city. But, the costs would be too much for the poor patient.

Please do remember . . . the patient was being mechanically bagged. And he was bagged throughout the 4 hour journey. I had told the relatives that the boy could die on the way.

Our guy reached this place which had a Neuro ICU. The Neuro ICU had 7 beds. One bed was vacant. But, there were patients on the floor. There was not even one ventilator in sight. No nurses on duty. The duty doctor, who looked like a Post Graduate student asked the patient to be laid on the empty bed. Meanwhile the mechanical ventilation continued.

One doctor after examining the patient told the relatives that the child is dead. However, later another doctor re-examined and told that the patient is alive.

Our staff was looking at the opportunity to leave the boy and come back. However, the duty doctor requested him to continue the mechanical ventilation. Meanwhile, one nurse walked inside. Our staff requested her for an ambu-bag. She did not have a clue about what the contraption is. To his horror, the doctor replied that there was none.

The person whom we sent was well versed with what has to be done in such a set-up. He wondered when the prescription for a CT Scan would come. It never came. Instead, the doctor gave prescriptions for antibiotics, mannitol and glyerine. And he was gone.

He came after sometime. It looked like the boy was having some respiratory effort. He asked that the bagging be stopped. It was a relief to see that the boy was breathing well now, although unconscious. It was amuzing that one of the doctors did not know what a T-tube was. Meanwhile, one of the nurses had put a nasogastric tube from the oxygen cylinder directly into the Endotracheal tube.

Our staff had to return. He mumbled an apology and left with the Ambu-bag. I'm sure that this was the maximum that we could have done. It is only recently that we started to send staff along with patients referred to higher centres.

Well, I'm sure that this would be state of the Intensive Care Units of many of our Medical Schools. I know of umpteen number of healthcare professionals who serve in such centres who are frustrated because of the lack of basic equipment for patient care.

There are major implications -

1. These are institutions where our future doctors train. Unless you have facilities for Mechanical Ventilation, where do the young doctors learn about clinical management of patients who come in a critical state after a head injury.

2. Head Injury is a common condition in our towns and cities. If this is the condition of Neuro ICUs in a Medical College, one can imagine the fate of poor people who suffer head injury.

The best option in such a situation would be to try our best to avoid head injuries to the maximum possible. 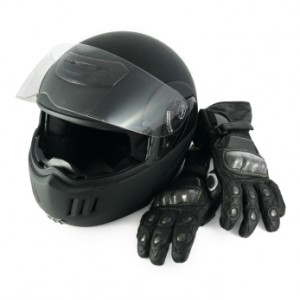 In the light of such an experience, I'm sure that I shall think twice before I refer such a patient to the Government Medical College. Of course, there are couple of corporate hospitals which can handle such sort of patients.

As for me, I'm quite concerned about this picture conveyed by my staff. If this is the state of the Government Medical College, there is quite a long way to go before we can even think about saving lives in District Hospitals.
Posted by Jeevan at 11:12 AM