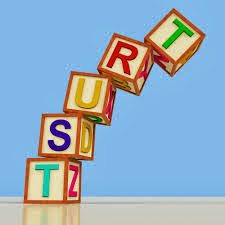 By today almost all of our high risk obstetric patients whom I mentioned in my previous posts would have got discharged. Yesterday, as I did rounds, I wondered how easily the patients ended up putting their trust in quacks and witch-doctors than qualified medical graduates and post-graduates.

However, ever since I started my practice of medicine, I've sort of come to the conclusion all of this is because of the way we communicate. A quack or a witch-doctor takes his own time to talk with the patient and to quite an extent explains diseases in terms that they can understand.

And to the Indian mind, unexplained mysterious things are more easily believed than a rational stream of thoughts or a scientific explanation.

To a certain extent, many of the modern medicine doctors have learned to communicate well and have ended us as popular clinicians with roaring practices.

But, recently I came across quite popular clinicians doing things which were totally non-evidence based. To make matters worse, it bordered quite a lot on the tendency to make easy money at the expense of the patient.

I got such a typical patient yesterday in out-patient. The young lady had delivered 3 months back. And since the last 2 weeks she had been complaining of severe tiredness and burning sensation of the feet. She was from a well to do family and therefore all her treatments were taken with the best clinicians in the cities around our place . . .Ranchi, Varanasi, Patna etc.

She did not come to us for a consultation. Rather, she came to show the huge list of investigations that one of the well known doctors in one of the above cities had written for her . . . It was a bit difficult to make any sense of the tests that were done . . . Below is the list . . . 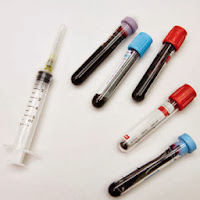 Clinical examination wise, she was pale. I thought there may be a investigation slip that she misplaced. She was absolutely sure that there was no other slip.

Our doctor only thought that she must have Dimorphic/Nutritional Anemia. What she wanted was only a  hemoglobin and a peripheral smear. But, the patient would not have any more investigations. In fact, she was furious, when we suggested that she does couple of more tests.

She just walked out . . . We did not see her again. Later, one of the nurses told us that she told one of the staff that she was on her way to see the doctor who prescribed all these tests. Someone had suggested that we have quite good doctors and therefore she could benefit without having to go all the way to this city.

I could only feel pity for this well off lady who would have benefited from a course of Iron and Vitamins. I was also sad for my own professional colleagues who have started to behave more like quacks rather than students of science and God-fearing men and women.
Posted by Jeevan at 5:44 AM