I did not have the time to blog last week after I had returned from Delhi when I had to deal with quite a bad near maternal miss. 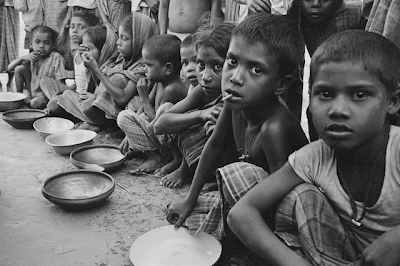 RP, a 20 year old primi at near term was brought unconscious with a history of seizures since early morning last Saturday (Feb 25) morning. The lady was in a terrible state and it was obvious that she was going to pulmonary edema following eclampsia. The oxygen saturation was hovering around 70% even after stabilising her. We had to intubate her.

It was quite obvious that the family was quite well off. We did not have much of a choice as it was very sure that she would not make it to Ranchi.

We gave them the option of operating her immediately. I’m not sure – after many of our experiences we have come to the conclusion that the faster we take out the baby, the better the prognosis. I was a bit afraid. But, we’ve done umpteen number of them and our mortality with eclampsias was quite low.

Our a detailed risk consent including a death on the table consent, we went about with the surgery. By God’s grace, everything went on well. She remained on ventilator for 6 hours after the surgery. And she made a very quick recovery. For the pulmonary edema we had to give her a GTN drip. It was so wonderful to see her fully conscious by late evening.

She continued her recovery and the sad turn of events started yesterday morning. Her father turned up with an RSBY Card into the newly furnished RSBY counter. Dinesh did not know much about the patient and readily checked the card which he found out to be outdated. He started to haggle Dinesh and Malaya for renewing his card and putting RP under the scheme. Dinesh and Malaya told him that there was no chance of doing anything as the patient was admitted almost a week back.

I never knew about this and I had this man coming to me sometime late afternoon demanding that I somehow give him the facilities available under the Smart Card. I told him that was not possible as the patient was admitted much before the RSBY program started. He started to threaten me and rang up the local Member of Parliament and demanded that I talk to him.

I left him ranting at me. Later in the evening, when I went to attend a call, one of my nurses told that this man has threatened us saying that he would file a criminal case against us. I told the nurse to ignore him. But, that did not end with that. He was waiting on the way to have a word with me and started to beg me to somehow give him full charity under the Smart Card.

I told him what I really felt about such behaviour. Now, here was a patient, who would have definitely died if we had not intervened heroically. On the other side, this family did not deserve to have the Smart Card with them. The father, the fellow who came to claim the said benefits was a teacher earning almost 30000-35000 INR per month – a far cry above the poverty line. RP’s husband was a poultry farm business man. So, one can assess well.

At the same time, I had a very poor patient with a very bad Herpes Zoster eruption in the Male Ward. The family was too poor to even afford food. They did not have an RSBY Card.

It is not quite uncommon to expect people to demand services. Couple of instances . . . I’ve a old lady in the private ward, whose family came to see me saying that they have the RSBY card with her name on it and therefore demanded reimbursement. I refused it outright. They have threatened action against me. Couple of patients who came for cataract surgeries demanded that they have imported lenses put in during the surgery.

That demand has also been rejected. The only relief was that the latter patients understood what was being told. . .

When I hear about BPL, I envisage visions such as that of the row of children at the beginning of the post. Not people who are on a payroll of the government or some institution like ours. I wonder if we could report patients whom we do not think deserve the BPL card, when they come for treatment . . . If that is allowed, I know where to start from . . . From my own staff . . . Although that is going to be a tough ask . . .
Posted by Jeevan at 3:42 PM