It has been quite a long time since I’ve posted something on development activities that we do in addition to clinical work. To be very frank, I prefer that we do more of health education, community development and empowerment which brings about more transformation. Otherwise we would end up doing more rupture uteruses and seeing complicated and late presentation of simple diseases like malaria and tuberculosis because of poor and un-empowered communities.

Over the last 2 weeks, we have been part of couple of major programmes which should go a long way in achieving the objective of transforming communities.

The first one we had about a week back.


Community Health and Development Project of Nav Jivan Hospital has been serving in 33 villages of Satbarwa block since 2011. Over the years, we formed 29 SHGs from our target villages. These SHGs have reached at the functional stage with a total funds of about 500,000 INR. During the year we organized trainings and workshops for strengthening these groups. As per the project plan we have been trying to link these SHGs with the government DRDA programmes. In the first process we put forward an application to DRDA for linkages. However, the authorities directed our team to hold a workshop of these SHGs at Nav Jivan Hospital. Eventually a date was fixed to organize the workshop. 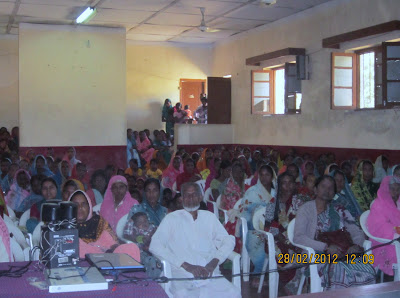 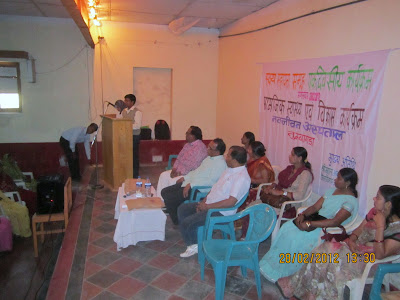 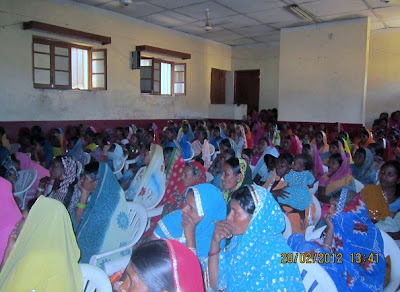 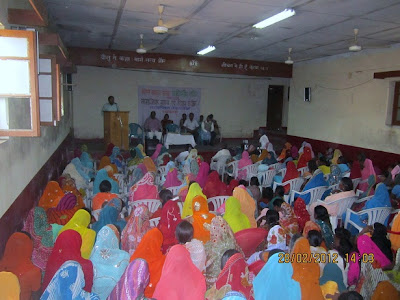 · Knowledge about the governmentt schemes for the SHGs
· Inter loaning in the group is the basis for obtaining loan from the bank
· The new SHGs are eager to learn and develop the group further
· The wrong practices of the SHG members came to our knowledge: One of the major problems that we find in SHG movements in multiple SHG memberships that one person holds.

However, the major achievement was the assurance from all the government leaders to support in whatever way they can to develop the capacities of the groups.

I hope and pray that we would make a difference . . . There would be at least couple of more posts on similar work that we do . . .
Posted by Jeevan at 2:30 PM