Well, this post is in response to a strike by medical students including post-graduate and superpeciality students and interns in the Government Medical Colleges in my home state, Kerala. There has been couple of documents in one of the facebook sites regarding this. Unfortunately, the two documents are in Malayalam. The reason for the strike is this - the Kerala Government has brought in compulsory rural bond of one year for medical students after each course. Therefore, if a student ultimately ends up doing a superspeciality course of DM/MCh, he would have given one year of bond each after his MBBS, MS/MD and lastly DM/MCh totalling 3 years in addition to his studies.
Well, the place I can compare to is CMC, Vellore or CMC, Ludhiana where you can end up doing more of 'bonded labour' after each of your courses. I understand that after MBBS, it is 2 years of bond after which it is another 3 years after your MC/MS and another 2 years after your MS/MCh. However, one can argue that these are private medical colleges and students get admission after signing up an informed consent about all the long periods of service that they have to go through.
Now, the question is why we are so agitated. The first thing we all do is that we compare ourselves with our friends who had done maybe their BTech or even graduation in other subjects. I remember one of my friends, who had a almost 6 digit salary job waiting for him when he had just turned 22 whereas I was toiling for my final year MBBS. A common scenario we are all familiar with. Becomes quite a difficult situation when you have siblings who are doing something else other than medicine. 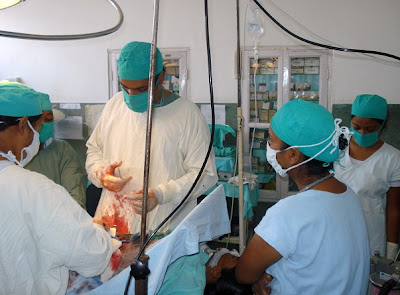