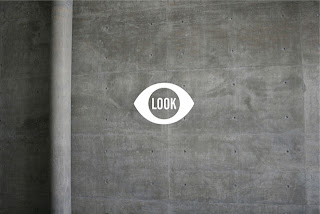 I took first call last Monday after quite a long time. It was quite a busy one and got quite a wide array of cases which would have put a Medical College to shame, especially the newly opened ones.

But, the best case was the first Cesarian I did for the day. A usual case of 'you know what'.

It was about 9 pm. I was just planning to go for dinner when CJD, a 35 year old lady arrived in labour room. She had been trying to deliver at home since early morning. With the sort of heat we've been having of late, she was so dehydrated and worn out. To complicate matters, she had undergone a Cesarian section for her last child birth which was 2 years back.

That was the last thing I wanted after a quite busy day in outpatient.

And after the details emerged . . . I was sure I was sitting on top of a time-bomb.

Cesarian done 2 years back while she was preterm. The baby was a girl who was just 1800 gms. The family was of course quite anxious for a boy. And her blood group was A negative.

Per vaginal examination revealed that the labour was obstructed. I initially thought about doing a instrumental delivery, but I was not confident about the outcome, especially the chance of a rupture uterus.

From the onset, I tried to refer CJD to Ranchi. But, the family looked hardly bothered. We have a protocol of not doing a repeat Cesarian section without the provision of at least one unit blood. And it was difficult to get a pint of A negative blood. And the family had made no effort to even think about it, leave alone arrange it.

I had to take a decision and go ahead with some intervention. After much dialogue, I agreed to take her for a Cesarian section. The hemoglobin was 10 gm%.

The Cesarian was a mess. There was too much adhesions.

The baby was sick. And continues to be sick. And it was a girl.

We asked the mother whether the family knew that the baby was a girl.

However, considering the attention the family never gave to CJD, I wonder if they knew well in ahead that the fetus was a girl.

The baby is very sick. We've been telling them to take the baby to a higher centre. But, they are hardly bothered.

And CJD was the first patient of the night. I became free only at 5 am the next day. There were 2 more complicated labour patients, who needed Cesarian section and then one elderly man with a myocardial infarction. But, then the list of patients with the varied hue of diagnoses of the day, in another post.
Posted by Jeevan at 2:18 PM