I chanced on the snaps below while surfing the net. No doubt, they are really beautiful. But, I also realised that the snaps also show some aspects which the country would need to take care of. 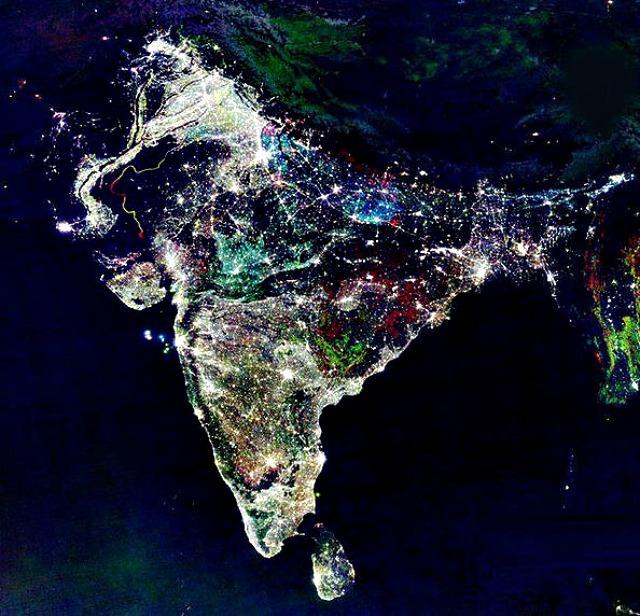 The above snap was touted as the snap of India on Diwali night. However, that was not the case as the article in The Hindu said.

Below is a snap of the forest and the mineral wealth of the country. 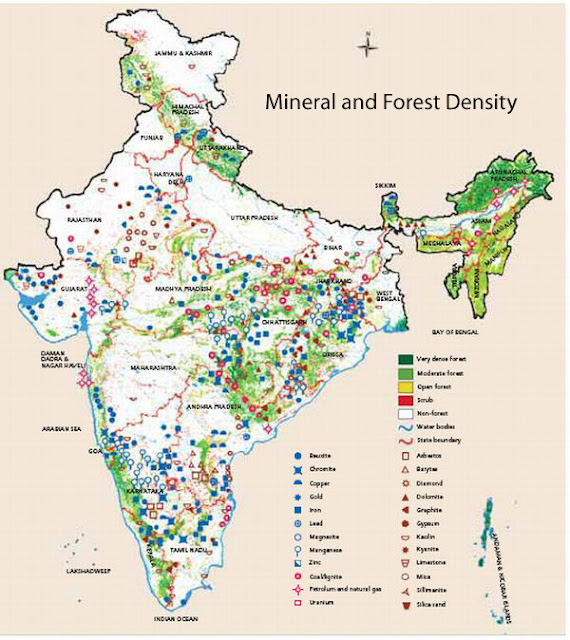 Now if you look carefully at the composite picture of the night sky of the country, please note where the coloured lights come in. According to the article in The Hindu -

And please re-look at where our mineral wealth and more importantly forest cover of our country is. Yes, it is in these regions that we've been having population influx and growth as the years pass by, except for the North East part of the country.

Isn't this something which should be of a concern to us?

You can see the beautiful snaps from space of other countries at IBN Live and Earth at Night: 30 Photos from Space.
Posted by Jeevan at 8:31 PM