I had posted couple of times about the challenges we face in caring for the elderly in a place like NJH. The below snap is of a very lovely couple who are our regular patients. 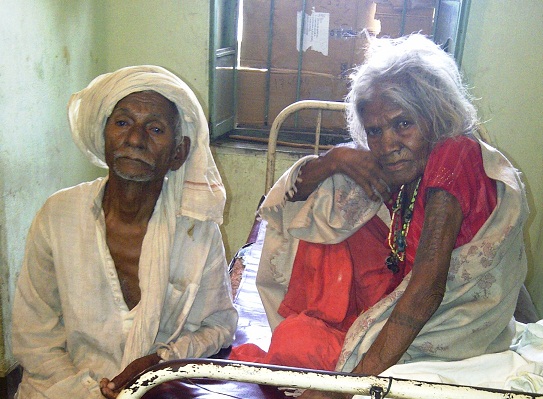 We don’t know where they live. Couple of times I had thought of finding out where they made their home.

However, every time one of them gets sick, they come to NJH.

As we don’t know about their antecedents, we also don’t know if they have any children. Couple of my staff told that the couple claimed that they don’t have anybody to look after them.

Our first serious interaction with this couple occurred when the lady was admitted with a very serious infected abscess of the buttocks which took quite some time to heal. They were in the hospital for almost 2 months.

The costs were approximately 25,000 INR. We had to write it off as they hardly had any money to even buy food. Lot of staff pitched in with food and money.

The man had come last week with some ailment. Again we had to write off everything free.


Recently, we had a well wiser help us with some designated funds for high risk obstetric care.

I’m sure that a designated fund for geriatric care will go a long way in helping our elderly patients to access care at NJH.
Posted by Jeevan at 10:03 AM