We've had couple of setbacks last week in obstetric care. And I was quite wary of one more bad case. 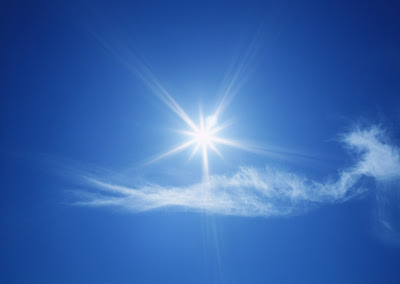 Yesterday, we had a 40 year old, mother of four who came in at term.

MD was in the last week of her pregnancy and had been bleeding for almost a day. She was taken to one of the primary health centres from where she was referred to Ranchi.

They reached here at around 3 in the afternoon.

It was a nightmare. A grand multipara at 40 years with Hemoglobin of 4 gm%. The baby was dead. There was blood dripping from her uterus.

I could only think of all the possible complication . . . all of them which would only ensure her death in a set-up such as ours.

And we did not know the full history as she was being managed elsewhere.

The uterus appeared quite flaccid without any hint of getting contractions.

We talked to the relatives. We needed at least 4 pints of blood. And we were not sure of what all complications she could end up with.

The husband had about 2000 INR with him. Not enough to even get a vehicle to go to Ranchi.

We could only pray and request prayers.

We called up one of the people in government health services and told about my predicament. He informed the concerned people and got about 3 pints of blood arranged. We sent the husband to Daltonganj to get the blood.

My plan was to do a Cesarian as soon as the blood arrived.

Late in the night, Titus found the husband sitting in front of the hospital. The vehicle he went in to Daltonganj broke down and he returned. And he looked quite resigned about the condition of his wife.

However, the lady went into spontaneous labour early morning today and delivered the dead baby. Our guys did a great job ensuring that she did not bled much. The placenta had separated early (abruptio placenta) which was responsible for the ante-partum hemorrhage.

She's alive . . . and the husband has returned with 2 pints of blood.

We thank all those who prayed.

We don't see much cases where a patient has severe antepartum hemorrhage, a hemoglobin of around 4 gm% and later delivers normal.
Posted by Jeevan at 1:12 PM