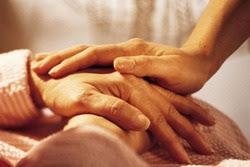 Today evening, one of my senior friends send me a mail exhorting us to examine ourselves on how much I cared about my patients and how compassionate I am when I took care of my patients.

You may think that being a not-for-profit hospital, we may not be that concerned about the profits we make or the salaries/commissions we get. However, we've other things we still feel very proud about which blinds us to the needs of our patients.

And last year has been quite amazing for us. We've broken all records for the number of patients we've been treating in a year since the time NJH was set up. I was exhilarated the other day when I came to know that we account for almost 15% of the institutional deliveries in the district. And there have been more exciting things happening. I thank the Lord . . . but I'm sure that I need to pause and look at how well my patients are being cared.

Many a time, we think of patients that we care of as those who directly come under our treatment/ management. Over the last 2 weeks, I faced situations where couple of patients underwent unspeakable volumes of suffering because of the way doctors have cared for them.

The first person was a young man, who had a rare tumour of his nose called a neuroblastoma. He had his first surgery for the condition about 2 years back. Now, he had a recurrence. Either the tumour was not fully removed or he did not undergo chemotherapy or he just had a recurrence. I asked him what the surgeon had told him after the surgery 2 years ago. It seems that he was told that he was completely fine now. He was not told that he needs to undergo chemotherapy.

However, his tumour had been sent for biopsy and further specialist investigations.

It was surprising that there was no notes about follow up in the discharge summary. And now, he had a recurrence. It was obvious that the recurrence was quite extensive. I sent him for a CT Scan and it was confirmed. I talked with my friends in ENT. There was not much of a chance.

I explained to the family about the prognosis and offered to refer him to a better centre if they were willing.

They did not turn up. And they were from a well off family.

The surgeon seems to have not cared . . . For him, it was the surgery which mattered. And of course, it was a tough surgery. But, he did not care what happened to the patient later. It would have been fine if the surgeon had explained to the family about the possibility of recurrence and also about the availability of chemotherapy.

I asked the family on who had referred him to this particular surgical centre. I knew the doctor. I tried to find out if the referring doctor knew about the place to where he was referred to. He just told them to go to a higher centre. And they searched and searched before they found out this surgeon who did this incomplete treatment on him.

Many a time, we are too caught up with the money we make, the complicated surgeries we do, the fame we get, the statistics we generate that we just don't care what happens to a patient after he goes away from us. I wish we treat each patient who comes to us as someone created similar to us in 'God's image'.

The story of the second patient would be in my next blog . . . 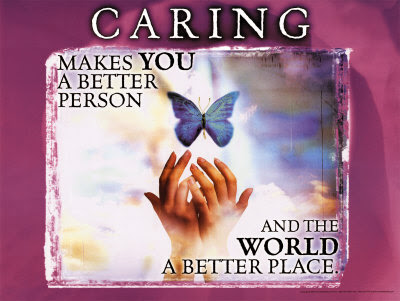