Someone asked me what was our setbacks in the last couple of weeks. 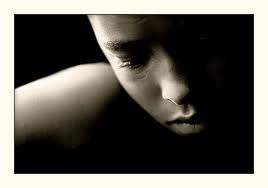 The first one, was a maternal death.

And the second one, a very terrible complication which succeeded one of the surgeries we did towards the end of  last year.

SRD delivered sometime in middle January at home and was not keeping well. She came to us 20 days after her delivery. From the history, the delivery was quite a difficult one and baby was dead.

On investigating we found out that she had about a litre of pus inside the peritoneal cavity. Hemoglobin was 8 gm% and she was in profound sepsis. No blood could be arranged.

Therefore, we did a peritoneal tap and removed as much pus (about a litre) as possible.

However, she had become more toxic on day 2. After much persuasion, 2 of our staff donated blood. Ultrasound shows more pus with loculations. We had to clear her peritoneum.

The surgery was uneventful. We removed about 1.5 litres of pus. The intestines and uterus were all caked. Most probably she had a massage of her abdomen during the delivery which would have caused necrosis of the intestines.

She did well for about 36 hours after the surgery. Suddenly, without any warning, she developed a cardiac arrest and could not be revived. We were not sure of the cause. Either the sepsis was too much for her body to cope with or she had a pulmonary embolism. We don’t know.

The other case was that of GD, who had eclampsia  on whom we had done a Cesarian section and later put a B-Lynch.

She had a wound infection which was quite expected. We had pumped her with the strongest antibiotics.

However, she was discharged with daily dressing of her wound.

She was doing well.

Last week, she came with a prolapsed uterus and it was gangrenous. Her general condition also was not good.

Most probably, she was not getting the good food and care after she went home. Our nurses had also been quite concerned about her general hygiene.
\
With a surgeon not around, we somehow convinced her to go to a higher centre.

I’ve my doubt that they’ve taken her back home to die.

It was sad, but in the absence of specialist care, that was the maximum I could do. And nutritious food and good hygiene are issues which we have not much control upon.
Posted by Jeevan at 2:56 PM