This is the second story mentioned in my previous post. 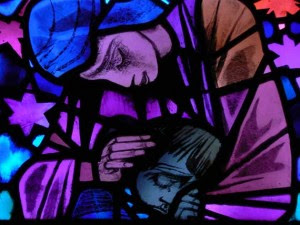 It was a busy day . . . Dr Nandamani came to my office and requested me to see a young girl from the nearby village who has been diagnosed elsewhere to have leukaemia.

About an hour later, I reached the outpatient department. I knew the family. We had treated the girl's father about a year back and since it was a difficult case, I remembered him. The girl was along with her mother.

The first diagnosis was arrived at a hospital in Ranchi. The diagnosis was a wrong one . . . not the correct type of leukaemia. The diagnosis changed after the family was sent to a premier institution elsewhere. An institute which should have all the latest technologies available.

The strange fact was that in spite of this girl been seen in this 'premier institute' all her blood tests were sent to private laboratories who had charged exorbitantly. One visit to this city has drained the family of whatever resources they had.

The doctors told them that the total costs of chemotherapy would be approximately 350,000 INR. They have got letters from the hospital as well as the local Member of Parliament for the Prime Minister's relief fund. They can start the treatment only after a letter releasing the money comes.

When I saw her at the hospital, she had a hemoglobin of 2 gm%. We transfused blood . . . That was the best  we could do for her.

Again, I realised that we knew better places where she would have been better taken care of. A wrong supposition that a premier government institute could treat the patient completely has ruined the family.

Of course, you can say that it is a failure of the system that the 'premier institute' do not have all the necessary facilities to manage a condition like leukaemia. But, we know quite well now about where good treatment facilities are available or not available.

The family would have done better if they had received the correct information . . . or the 'premier institution' had the necessary laboratory facilities.

Again a lack of care and commitment from the healthcare community . . .