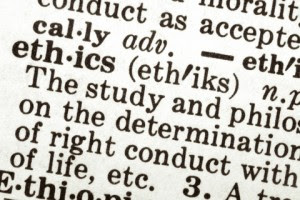 Over the last 4 days, our local newspapers are on a reporting spree on allegedly unwanted hysterectomies being done by couple of hospitals in our neighbouring district, Garhwa.

About couple of months back, we had a similar news in our own district. I don’t know about what was the outcome of the investigations and enquiries that came after that.

In fact, we at NJH receive quite a lot o patients who come to us after they had been advised to have a hysterectomy elsewhere. The reason would most of the time would be one irregular cycle or a vaginal infection. And in 80% of the cases, there would not be an indication or the surgery. The ultrasound reports it as 'edematous uterus' or 'enlarged uterus'.

I remember a patient who was pestering me to get her uterus taken out. I could not find any reason to do the surgery. The family saw the uterus as a unwanted organ once the function of childbearing was done with.

It is not uncommon for requests for hysterectomies from patients when they are subject to abdominal surgeries which have no relation to the uterus. Appendicectomy . . . Cholecystectomy . . . Perforation peritonitis . . . there's always a query on whether the uterus can also be done away with.

When the news about unwanted hysterectomies being done was first reported, I remember having a conversation with one of the local village leaders.

He wondered why the all fuss about the uteri being removed. He narrated to me how difficult and useless it was for a village woman to have a uterus once the function of child-birth was over. He was referring to the 'menstrual cycles which torment the lady' till she attains menopause.

And mind you, he knew the medical science. He told me how irregular and heavy bleeding during menstrual cycles could keep the lady anemic and malnourished.

He narrated, ‘First of all there is so much of poverty and malnourishment. To top that, there is the monthly loss of blood which is well averted if the uterus is taken out. Then, if she has a problem with her cycles, she’s too tired to work for almost a week. Therefore, why all the fuss about removal of few extra uteruses? And the treatment you people give for irregular bleeding is also quite expensive . . . he knew the costs that hormonal therapy involved . . . the drugs and multiple visits involved.’

A typical example of how developments in healthcare can be utilised in a twisted manner by people who are out for a profit and beneficiaries who assume that they have a good deal.

‘You cannot allow anybody to get their uterus out without a genuine reason. The reason why everybody joins the bandwagon of blaming the doctor and the hospital is because someone must have told them that there is the possibility of some sort of compensation involved. Nothing less, nothing more’

I could buy his reasoning . . . not about the reason for hysterectomies. The reason for the fuss being made after the surgery has been done.

It was not difficult to imagine  . . . the hype after all the damage is done . . . nothing short of media sensationalism . . . the question on who got the scoop . . . and then, a glimmer of hope among the rural poor about getting some amount of 'compensation' for the 'wrong' done.

Nothing concrete to change practice. That is what we learnt from similar 'revelations' elsewhere.

I shall be much relieved to see some amount of responsible decisions being taken in the healthcare sector in this region after this incident.
Posted by Jeevan at 9:31 AM