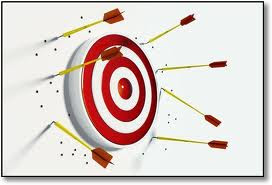 Couple of days back, we got a patient who came in late into the night with vague complaints of abdominal pain and weakness of the limbs.

He was already seen at multiple places where diagnoses of all sorts were made.

The history was that JPJ, a 40 year old man woke up at around 3 am in the morning with severe abdominal pain. He was immediately taken to the hospital where the doctors could not come to a conclusive diagnosis.

The snaps of the prescriptions are given below . . . 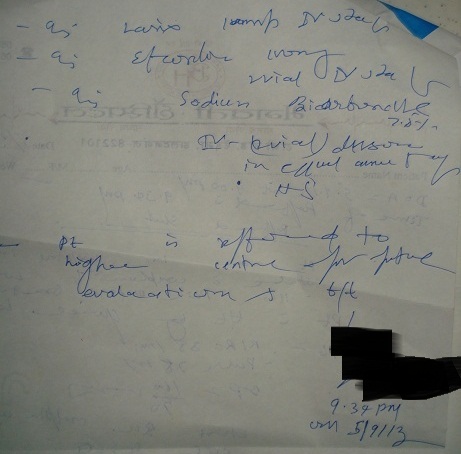 By God's grace, somehow Titus who was on duty suspected that JPJ had a krait bite. There was ptosis.

In addition to the complaints of abdominal pain and weakness, the team noticed that his respiration was becoming labored.

After discussions with the rest of the team, we sort of convinced the family that it looked like a snake bite.

Within no time, he was gasping. We had him hooked onto the ventilator.

With ASV on flow, he made a slow recovery. After 2 days, we thought that he was ready for extubation. On extubating, we discovered that his larynx was all swollen up. It was only a miracle that we could get him re-intubated.

The relatives were quite agitated. They just could not accept the fact that he was doing good and suddenly had deteriorated. It was then that we realized that the family was quite well off and had the required good connections in Ranchi.

After quite a lot of discussions, we told them of the futility of trying to shift him to Ranchi without a mobile ventilator. After quite a bit of conference with the relatives with the help of couple of doctors in Ranchi, the family decided that they stay back.

He was on the ventilator for 2 more days.

Today, Dr. Roshine told me that he is doing good and would be going home soon.

A strong reminder to all of us on how a krait bite can turn out to be. With no bite marks, it is quite a tough task for the clinician to come to a diagnosis. And more difficult to explain to the relatives. If JPJ had come to us early in the morning, we could have also made all sorts of diagnoses.

It was a lesson for all of us . . . regarding krait bite presentation . . . and how misleading can the history be.

In addition, a strong affirmation for our service and a glowing example of how NJH continues to be the only lifeline for people like JPJ in this part of the country.
Posted by Jeevan at 7:12 PM