I had quite a few people asking me where the incident mentioned in my previous post had happened.

That's the most unfortunate part.

The incident happened at a place called Lehelehe which is just beyond Satbarwa, which is our nearest village market.

One more incident about a family which has been branded as having killed their neighbor by witchcraft has come to light. This is also at a place which is quite close to our hospital.

Below is the newspaper clipping. 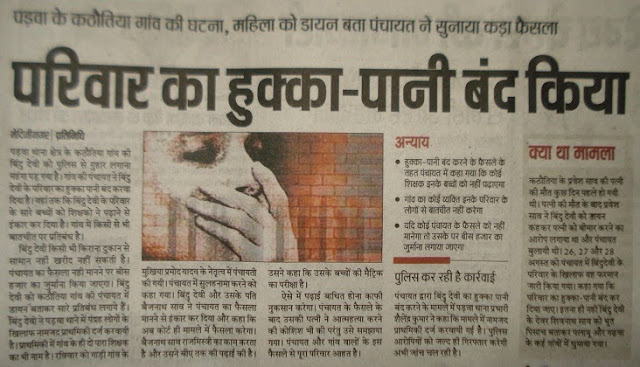 The family is being boycotted by their fellow villagers on the orders of the local village government (The Panchayat).

Another example of ignorance and the 'fear of the unknown'.
Posted by Jeevan at 10:59 AM