Hello everybody. Great news for wildlife enthusiasts from the Palamu Tiger Reserve. There have been confirmed sightings of leopards through trap cameras in the Betla National Park. According to latest estimates there are about 14 of them now in the park and there are also reports of sighting of wild dogs.

Couple of weeks back we had been at the park. The guides were telling us that there is a good possibility of animals coming back to the park now as the rains have been quite good and the vegetation has become quite thick. There has been news of half a dozen tigers being sighted in the Tiger Reserve area of the National Park


I hope that the wildlife authorities will build up on this advantage and promote the park as well as take steps to retain wildlife even when there is a crunch situation like a drought. The possibilities for wildlife conservation are immense in this region and I hope that the government and the wildlife enthusiasts will take interest. Below is the newspaper clipping regarding the news of the leopard sightings. 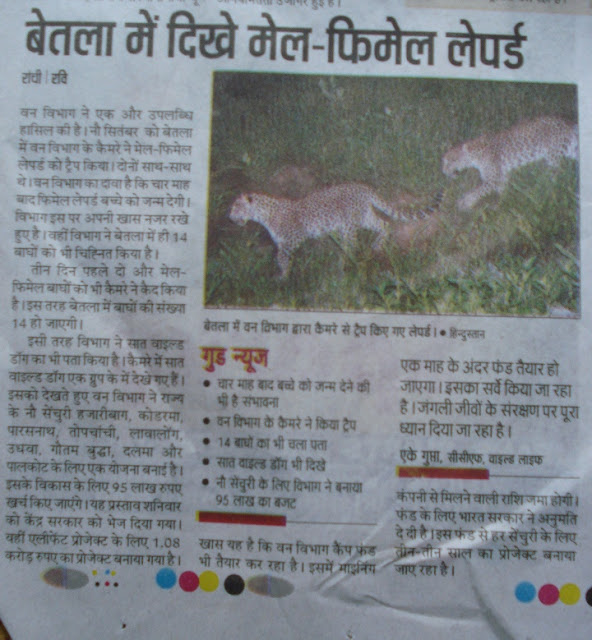 So, friends, another reason to visit us during the Golden Jubilee celebrations or being part of us for a short duration of time or maybe for a lifetime.
Posted by Jeevan at 10:16 AM