(This blog was written on 15th (Tuesday) evening. Kindly be warned that the pictures are a bit gruesome)
We had quite an unbelievably busy Tuesday, which started off from the stroke of midnight. For newcomers, Tuesdays are usually cool at NJH as almost the whole of the local population knows that it is surgery day and hardly any of the consultants will be available in OPD. I had 2 antenatal patients simultaneously coming in, both of which should have been managed at a tertiary centre.
The first one to come in was PD who had been in labour since the last 3 days elsewhere and had a hemoglobin of 8 gm%. The abdomen looked quite odd and it was evident that it was either a malpresentation or an obstructed labour. Ultrasound confirmed that the baby was presenting breech and to complicate matters had quite a large hydrocephalus.
The relatives had already been to two hospitals, both private institutions before they reached NJH. They were very definite that they would not be able to afford going to Ranchi.
It had been quite a tiresome Monday with only 4 doctors in the outpatient department and I had been caught up with patients especially KB who was a high risk antenatal patient since the evening. My body was begging for some rest. I initially thought about doing off a Cesarian section and finishing off the work.
Somehow, my conscience did not allow me. I had read about the management of the aftercoming hydrocephalic head but had not done it before. The inquisitive side of my brain urged me to keep the patient for normal labour and later do a cranial puncture and deliver the baby. But the very thought of having to puncture the brain of a living baby was not a very comfortable idea. I weighed the options and ultimately decided on the latter option.
I’m glad I waited. The baby had multiple congenital anomalies in addition to the hydrocephalus including meningomyeloceles in the lumbar and sacral regions. 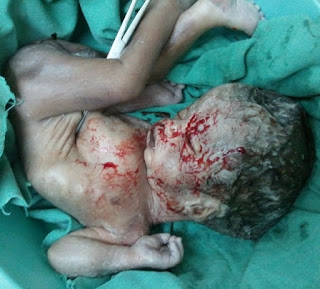 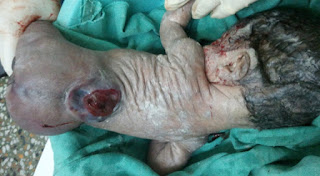 The second patient was SD. SD had been in labour since the previous evening. There was no fetal heart beat. Ultrasound confirmed that the baby was dead. Clinically SD was quite pale and she was in cardiac failure. She could hardly lie down and was quite breathless.
SD had come in within minutes of PD coming in and I was in no mood to entertain the thoughts of SD delivering at NJH. I pleaded with the bystanders to take her to Ranchi. Her previous obstetric history also was no very encouraging. This was her 4th pregnancy and none of her previous pregnancies had survived.
SD was only in her 8th month of pregnancy. Her hemoglobin was a pathetic 6 gm%. With very high risk consent with the possibility of death occurring taken, I asked the relatives for 3 pints of blood and went about inducing her with vaginal misoprostol.
Even after 3 dosages of vaginal misoprostol, SD had not responded. The relatives gave one pint of blood. However, she still continues to look very pale. On admission, she also has quite high counts with a predominant neutrophilia about which we are quite worried.
Today evening, Dr Nandamani decided to review SD. Considering the cardiac failure and septicemia, we made one more futile attempt to refer her to Ranchi – but to no avail. Armed with one more set of high risk consents, Dr Nandamani set about to find out if anything else was wrong – considering that she had lost her babies in the previous 3 pregnancies.
He felt something wrong with the pervaginal examination. An ultrasound revealed that there was a fibroid in the cervix. We brought her back and did a repeat per-vaginal examination. Nandamani’s surgical brain ensured that he did a per-rectal examination too and it confirmed quite a large fibroid in the posterior uterine wall almost blocking the entire internal os. So, that explained the failure of induction.
During the ultrasound examination, we also found some heterogenous masses within the placenta. We are worried about what we would find when we take her up for surgery. We had one more round of talks with the relatives. They are quite definite of not taking her to Ranchi.
We have agreed to operate once we have blood. Even after 2 pints of blood, her hemoglobin continues to remain at 6 gm%. Either, her septicemia is worsening or she was in a state of dehydration when she came in. We wait for 3 pints of blood to come in before we can do anything.
Both SD and PD had spent quite a long time at healthcare institutions both public and private before they came here. I’ve understood that both of them were not seen by any doctor during their opportunity of contact with the healthcare institution.
I started to write about SD and PD to counter a comment by one of my friends which I thought suggested about the need for more awareness among patients rather than looking at the possibility of improved healthcare facilities in our towns and villages. (Please correct me if I interpreted wrong.) Mind you, SD and PD came from the healthcare institutions in our district headquarters to NJH, which is situated in a rather remote area.
Even my previous story about KB also echoes the poor healthcare facilities available both in terms of qualified and committed personnel and infrastructure. Improving our health delivery system needs to find high priority before we start to think about educating the masses on timely access to healthcare. And I have reasons to strongly believe that the latter part would be taken care once we concentrate on improving development indices especially in terms of literacy and uplifting the girl child.
Posted by Jeevan at 8:11 PM