SR, worked as a daily wage labourer in umpteen number of brick kilns near the town of Balumath. Rather than a town, it is more of an overgrown village. Balumath is famous for the umpteen number of proposals for coal fields by umpteen number of multinationals. However, it is also one of the most impoverished regions of the state.

One may remember about the tetanus patient whom we had who was in terrible state of poverty when he came down to NJH. It was a miracle that he survived.

When SR came down to NJH, he was in a terrible state. Having been diagnosed to have tuberculosis about 5 months back and also having been on treatment on a daily regime, he was not getting better. Rather he was worsening.
And this was his X-Ray when he came. 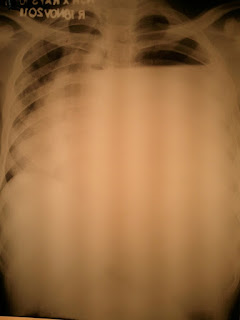 We knew that we had to put in a tube and there it was – I had never seen this much pus together in a person’s body so far. After he had drained about 4 litres, we clamped the drain as we feared that he will go into pulmonary edema because of the quick release of so much of material from within the chest cavity. Over the next 2 days we had drained almost a total of 6 litres of pus. 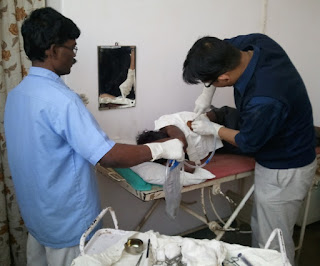 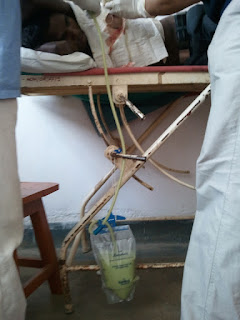 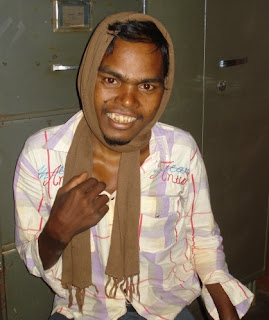 SR also needed blood. When we told his father that he would do good with a pint of blood, he expressed all helplessness. But SR was lucky. He had my same blood group. And the pint of blood I donated for NS was still in the fridge.


SR is making a quick recovery. We praise God. Kindly continue to pray for SR as he has quite a long way to go.
Posted by Jeevan at 9:54 PM