(This post was done on Monday, 7th October, 2013. Our internet connections are back to a very poor state of affairs. With Supercyclone Phailin on the way and the Dussehra festivities on, it looks a remote possibility that we would have fast internet connections for the next week too) 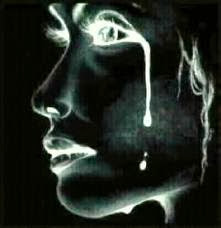 My yesterday’s Sunday duty (6th October, 2013) was quite a light one. There were only 2 women in the labour room throughout the day. One of them was rich and the other poor.

However, both of them shared the characteristic that they were not taken very seriously by their families. The reason? Both of them were high risk pregnancies. And neither of the families was bothered about it.

Each time, she was told to come more often so that we could ensure that we make an early diagnosis of any high blood pressure. The first 3 visits were in the first and second trimester.

Her last visit was 3 days back. She was almost nearing term and she had a blood pressure of 150/100 mm Hg. We had advised admission.

She went off home and came today after she started to contract. The blood pressure remained high. I just received news that she delivered.

I would say that her family should have been more careful with her treatment. They’ve got away with very lazy approach to her present pregnancy.

The next patient, SD was not that well off. Her blood group was O negative and her last haemoglobin was 8.5 gm%. We had seen her in outpatient more than a month back. The doctor who had seen her had well explained need for blood as well as absence of a blood bank in NJH. Of course, the difficulty of getting a O negative donor was also put across well.

The patient came in labour. There was no sign of arranging for any blood. Rather couple of male relatives vent their anger at us for not telling them things early.

SD was lucky. Being her second delivery, she progressed so fast that she delivered soon. Gladly, there was not much blood loss. The mother and baby are doing well.

Again, one more case which could have gone awry.

Well, there was a third lady too. She was not that lucky. I hope things will turn out well for her in the couple of days.

This was her 5th pregnancy. We’ll call her CD. She has only 2 live children . . . both girls. 2 of her babies had died. The urge to have a boy child resulted in this pregnancy.

I’m not sure about her regular antenatal care. But, the relatives told me that she was not doing well since the last 3 days. And she is just into her 8th month of pregnancy.

Her complaints . . . headache and blurred vision. They had gone to 4 hospitals over the last 3 days. In fact, they returned home after a circuit of hospital visits only on Friday evening. She was given a clean chit everywhere.

Today morning around 9 am, CD had multiple episode of seizures. The family rushed her to a hospital in the nearest town. The doctor told the family that she is very sick and only NJH can do anything. The reached around 2 pm.

Blood pressure was 210/140 mm Hg and Urine Albumin was 4+. The family had lost count of the number of seizures she had. In fact, when I reached to see CD in labour room, she was continuously seizuring.

She has not yet gone into a HELLP Syndrome. But, she is very sick. We’ve induced her. Please pray that she will deliver soon.

The first two cases were outright instances of ignorant and careless family members.

But, what about the third case? The medical fraternity had failed her. A typical complaint of pregnancy induced hypertension, headache and blurred vision, was totally ignored. The shocker. . .

The family was very sure that nobody in the four hospitals had checked her blood pressure!!!

I have only one prescription in my hand. There is no measured reading of any blood pressure.

How long will we tolerate this sort of management? 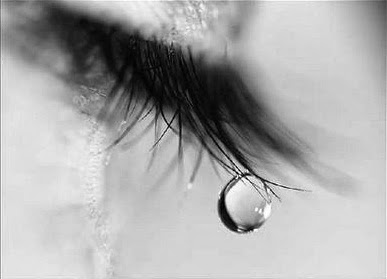