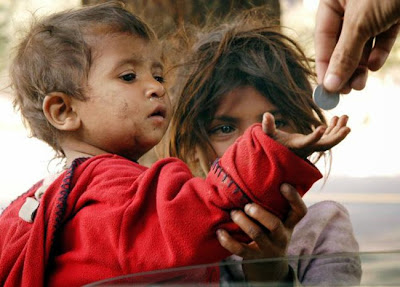 This is another of my experience with poverty in the region we live.

This incident happened last Saturday. Although it was not busy, there were enough patients in the outpatient to keep us happily engaged.

It was just around lunch time, when Sr. Sanjeetha came running to my cubicle. She could hardly contain her excitement as she told about a lady who just came in. The cause of her excitement - The lady had been carrying her baby for the 11th month. Her last menstrual cycle was on the 5th of November, 2012. It was past her 11 months.

I asked Sr. Sanjeetha to bring the family in. There was poverty written all over the couple.

The lady was bloated up. The pregnant tummy was the only flesh which protruded out. There was quite a bit of edema to make her appear plump. The husband looked a little waif. It was all bone and thin muscles. Not an inch of fat.

The husband and his uncle who came along narrated how they had been thinking over the last 2 months on why the baby was not getting delivered. Yes, it took them 2 months to make a decision to access care. I got an ultrasound done on her. There was very less amniotic fluid. There were some thick calcified areas on her placenta.

As I tried to help them, the only query they had was on what I was planning to do. The answer was obvious . . . to try to deliver her as soon as possible. The risks were well explained.

I did not believe my ears when I heard their reply. They had asked me on how much a delivery would cost. I told them that a complicated one could end up costing up 5000 INR. However, I told them that I’m willing to give them ample concession to ensure that she delivered at a hospital. I promised to do everything for 2000 INR if it was a normal delivery.

The uncle told me that they would arrange at least 2000 INR and then get the lady admitted for delivery. All my arguments fell into deaf ears. They were gone before I could make up any new reasons. As they left, one of them told the nurses that they will back in 2 days time. 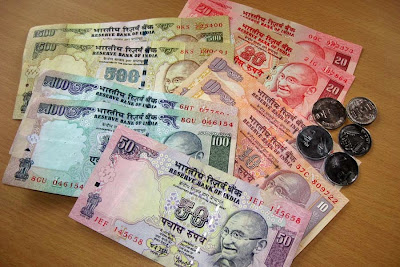 Yes, the cost of even 2000 INR for a normal delivery was too much for them. They did not have any RSBY card. And I wondered if they found it too hurting that I was ready to treat them for a lesser charge.

Learning from the poor . . . they are honest, they are people with self-respect and they are more in touch with reality than the rich. And we have quite a lot of people like this family out there. You'll not even hear about them . . . they cannot afford to see us.

The rich . . . most of them are dishonest, they would stoop to any extent to get some concession and they expect everybody to stoop in front of their riches. And it’s obvious that quite a lot of the rich get their wealth at the expense of the poor.

And of course, if our Lord had the partiality towards the poor, we better have the same . . .
Posted by Jeevan at 6:00 AM