The girls nobody want 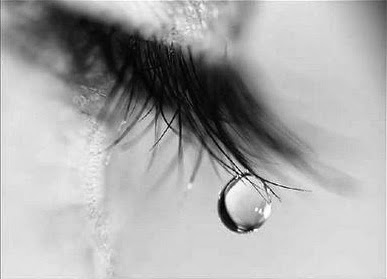 One of the ladies who regularly attended antenatal care at NJH came in labour today morning. She was quite a complicated case. RnD was 30 years old. This was her fourth pregnancy. Only couple of months back, she had lost her only son to malignancy at the tender age of 4 years. She had 2 daughters.

When RnD arrived today morning, she had already been in labour at her home for almost 12 hours. She was dilated about 8 centimeters and a uneventful vaginal delivery appeared on the offing. However, I was a bit doubtful about the rotation of the head. I gave the option for a Cesarian section to the relatives. However, they were quite vehement about not going for a Cesarian section. I managed to convince them that the maximum we could wait was 3 hours.

Unfortunately, things did not progress as all of us wanted. She got fully dilated but there was a poor descent of the head. I had to take a call for a Cesarian section. To my surprise, the relatives were quite vociferous in opposing the surgery. Later, I found out that the baby had passed meconium . . . thick pea soup colored meconium.

I reviewed things with the relatives. They did not want anything to do with a Cesarian section. After a lot of haggling, they agreed. It was only in the middle of the haggling that it struck me that most probably the relatives knew that RnD was expecting a girl baby. I mentioned it to few of my colleagues. They also agreed.

Then after I had talked with the relatives, I came to the Labour Room and found to my dismay that the patient was arguing with the nurses for having to undergo a Cesarian. One of the nurses scooped up a blob of meconium and showed it to the lady and told that the baby was eating this stuff. She agreed.

We had the baby out in about 10 minutes. There was meconium aspiration. The theatre team did a good job at resuscitation. However, the process of labour had done the damage. A second stage Cesarian is many a time an obstetrician’s nightmare. There were tears of the lower uterine segment which extended to the pelvic region. It was very much similar to the Cesarian Ihad in the morning, but tougher.

Post surgery, I went to talk the relatives to tell about the sick baby and the difficult surgery RnD had to undergo. The family was distraught. They very well knew it was a girl. The husband confessed that they had found out that this pregnancy carried a girl fetus. I gave them the option of taking her to a higher centre to ensure that she did not develop Meconium Aspiration Syndrome. I could not believe my ears when they told that they did not mind even if the child died.

I wondered how many more Indira Gandhis, Pratibha Patils, PT Ushas, Sania Mirzas, Sainas, Kalpana Chawlas etc we need to see before we realise how precious our little girls and sisters are for each one of us.

I just had a lady in her fourth pregnancy nearing 8 months of pregnancy who has walked into Labour Room complaining of lost fetal movements. The ultrasound has confirmed a fetal death. As I announced it the family members I was quite taken aback by the shock and the disbelief that enveloped them. The grief was much more than what I usually witness.

I suspect that the lost baby is a male. They must have known earlier. The first three children are girls.